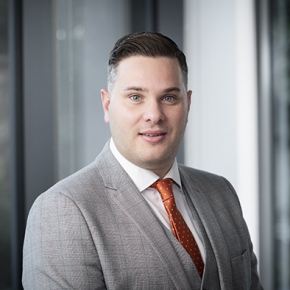 Garry Sturrock looks at the effects Scotland’s new domestic abuse legislation will have on the law.

A change in approach?

The legislation overhauls the approach to domestic abuse which is capable of sanction in a criminal court. Though there are concerns across the legal profession regarding whether certain elements of the crime can be proved, the legislation still offers a fresh opportunity for the criminal law to recognise a multitude of abusive behaviours which are difficult or impossible to prosecute under existing laws.

Most domestic abuse is currently prosecuted as a breach of Section 38 of the Criminal Justice and Licensing (Scotland) Act 2010, an offence defined as “threatening or abuse behaviour” which would “be likely to cause a reasonable person fear or alarm”, committed either intentionally or recklessly. Section 1 of the Domestic Abuse (Scotland) Act 2018 creates a new offence of a “course of abusive behaviour” towards a partner or ex-partner which the “reasonable person” would consider likely to cause the partner or ex-partner “physical or psychological harm”, committed either intentionally or recklessly. As well as including violent and threatening behaviour covered by existing legislation, it includes the following:

As with all criminal offences, the standard of proof for an individual to be convicted of the new offence will be beyond reasonable doubt.

Whilst it is hoped that a common sense approach will be taken by the court when interpreting the legislation and applying it to particular cases, family law practitioners will no doubt require to tailor advice to clients to take cognisance of the changes.

For example, the offence involving a person making a partner or ex-partner dependent on them could have ramifications on advice concerning spousal support during marriage or aliment post-separation.

Stronger advice may require to be tendered regarding sharing information on social media which may not necessarily be threatening or abusive but could be interpreted as “humiliating” an ex-partner.

In addition, the offence relating to an individual regulating or monitoring their partner or ex-partner’s day-to-day activities could, for example, have implications for clients who suspect their partner’s infidelity and seek to make investigation into same or parents who seek to control their ex-partner’s day-to-day activities when exercising contact with their children. All of these matters are, of course, hypotheses and are yet to be tested by the courts, in light of the fact that the legislation is yet to come into force.

There is a caveat to much of what is said above in that there is a statutory defence to a charge involving a contravention of Section 1 of the Domestic Abuse (Scotland) Act 2018 that the course of behaviour was “reasonable” in the circumstances. This will, however, offer little comfort to those charged and prosecuted with such offences, who require to raise this defence and compel the Crown to adduce sufficient evidence to negate this if the case proceeds to trial.

Domestic abuse and children of the family

Of clearer significance to family law is the greater recognition of the impact of domestic abuse on children of the family.

Section 5 of the Domestic Abuse (Scotland) Act 2018 creates an aggravation to an offence under Section 1 of the Domestic Abuse (Scotland) Act 2018 by reason of involving a child (under the age of eighteen). An aggravation means that the court ought to treat the offence more seriously upon conviction. The aggravation is proved if the Crown lead evidence, which need not be corroborated, to show that in the commission of the offence the perpetrator of domestic abuse either:

The above legislative provision is particularly welcomed and recognises the research and evidence indicating the serious impact that domestic abuse can have on children.

Undoubtedly, this will have implications for family cases. The civil courts involved in considering the welfare of children are expected to take more notice of convictions of domestic abuse aggravated by involvement of a child and consider the implications of this when, for example, assessing care arrangements for a child.

Garry Sturrock is a senior solicitor at Brodies LLP