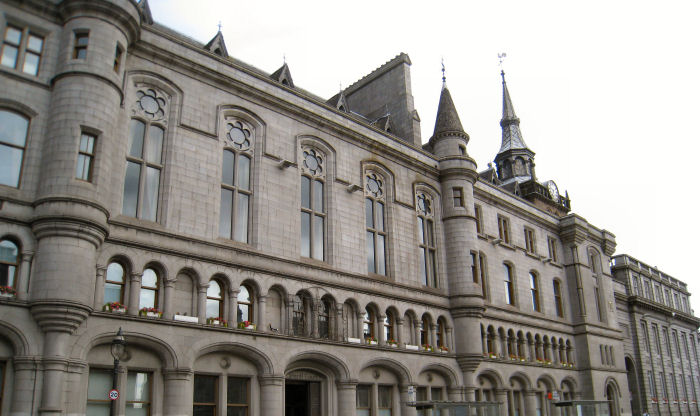 A gamekeeper has been jailed for four months after he set traps, took birds of prey and killed a goshawk.

Mr Mutch is the first gamekeeper to be jailed in the UK for harming birds of prey after he committed the offences in 2012 at a 5,500 acre Kildrummy Estate in Strathdon in Aberdeenshire.

Hidden camera footage obtained by the RSPB was used as evidence against the gamekeeper, making this one of the first cases to admit it.

Mr Mutch killed a juvenile goshawk by taking it out a trap and beating it on the head with a stick.

He then put a buzzard and a goshawk in sacks, the footage shows, but it is not known what happened to them.

Sheriff Noel McPartlin called the persecution of wild birds a “huge problem” and said the killing of goshawks was a serious offence.

He said: “This was a determined course of action. Having regard to the gravity of the offence, I am of the view that there is no other method of dealing with you which is appropriate to this case other than the imposition of a custodial sentence.”

Sara Shaw, procurator fiscal for wildlife and environment, said: “Birds of prey are given strict protection by our law.

“Goshawks in particular are rare birds: the court heard evidence in this case that there are only about 150 nesting pairs in Scotland.

“It is highly important to preserve Scotland’s natural heritage, including the wildlife that forms part of it. Our environmental laws exist to provide this protection.

“This case involved serious contraventions of those laws. The conviction of Mr Mutch and the severity of the sentence given by the court highlights that message.”

Duncan Orr Ewing, head of species and land management at RSPB Scotland, said: “This sentence is a historic, landmark result.

“We would like to thank the Crown Office and Police Scotland for helping to bring this case to a successful conviction, as well as the exemplary work of the RSPB Scotland investigations team.

“This penalty should be a turning point, sending a clear message to those determined to flout our laws that wildlife crime will not be tolerated but instead will be treated with the seriousness that it deserves. Wildlife criminals must expect no sympathy from now on.”

A spokesman for Scottish Land & Estates, the landowners organisation, said: “The illegal killing of any bird of prey is unacceptable and anyone who engages in such activity can, rightly, expect to feel the full weight of the law.”

A spokesman for The Scottish Gamekeepers Association said: “The SGA has taken the ultimate sanction available to it, as an organisation. Mr Mutch will no longer hold SGA membership.”