Four per cent increase in reports of domestic abuse 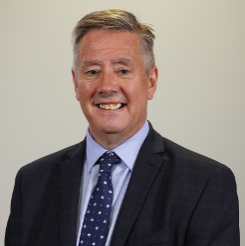 Victims of domestic abuse are being urged to report incidents to police by Justice Secretary Keith Brown.

The call comes after official figures show the police recorded 62,907 incidents of domestic abuse in 2019-20 – an increase of four per cent compared to the previous year.

The period covers the first year of the Domestic Abuse (Scotland) Act 2018 which created a new offence of domestic abuse to give more powers to police and courts to punish perpetrators of abuse and protect people at risk.

When the Act was implemented on 1 April 2019, the Scottish government ran a nationwide campaign to raise public understanding of domestic abuse and to encourage more victims to report incidents and seek support.

Mr Brown said: “These statistics are a stark reminder of the unacceptable levels of domestic abuse that occur in Scotland.

“A person’s home should be a place of safety and we know that is not always the case and that women are disproportionately victims of domestic abuse.

“The new offence of domestic abuse has been heralded as gold-standard legislation in strengthening the law against those who undertake a course of abusive behaviour, including both physical and psychological abuse, and we have been clear that we want to see all incidents of domestic abuse reported.

“Last year we provided more than £5.75 million in additional funding for frontline services supporting women and children experiencing, or at risk of, violence or abuse, to help respond to an increase in demand during the pandemic.

“We welcome any indication that more people are coming forward to access justice and we continue to encourage all those who experience domestic abuse to report it and seek support.”

“Women need to be empowered to report abuse and supported in the aftermath. That means moving away from short funding cycles for third sector services, which throws them into annual jeopardy.

“The new domestic abuse legislation was an important step forward, recognising the degrading and harmful experience of coercive and controlling behaviour. But the relatively low levels of police reports may raise questions about how it is being enforced.

“It should also be borne in mind that these trends, worrying as they are, pre-date the pandemic. During lockdown, we know that for too many, staying at home didn’t mean staying safe as escape routes and safe spaces were closed off.

“Some of those affected will bear serious physical and emotional scars. That must be taken into account in the government’s thinking as restrictions ease, with improved access to mental health services in particular.

“Scottish Liberal Democrats have today called for an expert commission into violence against women and girls and for it to report back to Parliament with recommendations within a year.”