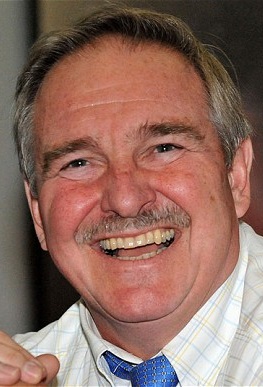 The UK government’s former chief drug adviser has called on Scotland to legalise ecstasy and cannabis as medicines.

Professor David Nutt (pictured), Edmond J Safra chairman in neuropsychopharmacology at Imperial College London, was sacked by the last Labour government for saying some drugs were less harmful than alcohol and tobacco.

Along with other campaigners Professor Nutt said he would like to see the SNP use its power at Westminster following the general election next month to vote in favour of reform in Scotland on cannabis and MDMA.

He said: “Scotland has its own health service and it’s perfectly possible for Scotland to say we want to start developing cannabis and MDMA medicines that would have a massive impact on not only the patient base in Scotland but also on the economy of Scotland.

“I’m going to campaign for Scottish scientists to actually take the world forward where there are bans on useful medicines like cannabis and MDMA to an enlightened attitude that is world leading. I think Scotland can do that.”

Drugs classification is a reserved matter, with the Scottish government only being responsible for treating drug addicts.

And while the SNP was urged to campaign for decriminalisation during the Smith Commission talks they never did.

Professor Nutt added: “If it turns out the SNP have some influence in the next government this could be one of the things they call for because you don’t have to change the Misuse of Drugs Act, all you have to do is change the schedules, which doesn’t even need an act of parliament, so that, in Scotland, cannabis and MDMA could be medicines.

Professor Nutt, who said he would move to Scotland to continue his research if the law changed, is currently trying to start a trial of psilocybin – a psychedelic found in mushrooms, to help resistant depression but said academics in this area are treated “like we’re drug dealers”.

He seeks to convince the SNP that his plans will result in “tens of millions of pounds in health tourism”.

The academic said: “I did try to put out some feelers towards them in terms of a more broad based, rational approach to drugs but I didn’t get any further with it.”

The SNP dismissed the proposal with a spokesman saying: “The SNP does not agree with Professor Nutt’s proposal.”

Katy MacLeod, national training and development officer at the Scottish Drugs Forum said use of such substances as medicine should be researched.

She said: “There has been a recent growth in research projects looking at potential medicinal benefits of psychedelics such as use in psychotherapy or as treatment for mental health conditions such as depression and anxiety.”

Professor Nutt and Ms Macleod will both attend the inaugural meeting of the Psychedelic Society of Edinburgh (PSE) today.