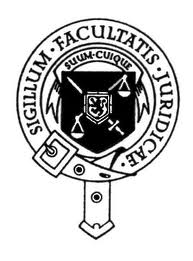 Ending the automatic early release of prisoners will affect cases where a judge is considering a non-mandatory life sentence, the Faculty of Advocates has told MSPs.

When examining the option of an order for lifelong restriction (OLR), the Faculty said, a judge must look forward and assess whether there is a likelihood that the person, at the time of release if not subject to an OLR, would seriously endanger the public.

Under the Prisoners (Control of Release) (Scotland) Bill, sex offenders serving four years or more, and others serving 10 years or more, would no longer be freed automatically after two-thirds of the sentence.

The Scottish parliament’s Justice Committee asked for written evidence on the bill, and the Faculty said in its response that it believed the provisions would have a bearing on a judge’s assessment in OLR cases of the likelihood of serious endangerment.

“In deciding whether or not to impose an OLR, a sentencing judge, dealing with a case to which the provisions of the Bill applied, would have to consider what bearing, if any, the later notional release date of the offender may have on the likelihood of endangerment posed by the offender upon release,” added the Faculty.

The full document can be viewed here.