Erin Grieve: Prescription changes – what you need to know 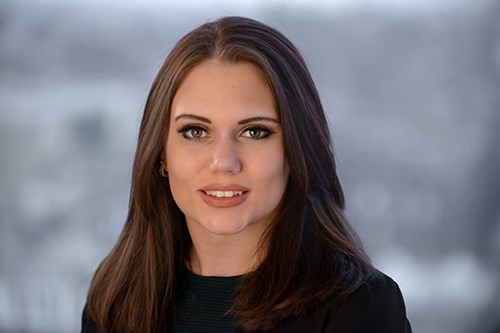 Since 1973 and the introduction of the Prescription and Limitation (Scotland) Act, the law governing time limits for bringing claims has remained unchanged, despite many judgments which have highlighted ambiguities in the existing legislation.

The Scots law of prescription, which is also referred to as time bar, sets time limits for raising court actions. Certain rights and obligations are extinguished after a period of time. This may mean that a creditor finds themselves unable to pursue a claim if they have failed to react to a debtor’s failure to pay.

Different time limits apply to different types of claim. While these limits are clearly defined, uncertainty can arise when it comes to ascertaining when the prescriptive period actually commenced. The 1973 Act has attracted criticism as the five-year prescriptive period is deemed to start running as soon as a potential Pursuer learns of the events which caused the loss or damage, even if they do not yet know who caused that loss or damage. This can mean that the five-year period could even have expired before a claimant knew whom to sue.

Although the majority of the new Prescription (Scotland) Act 2018 will not come into force until 28 February 2025 two sections have already been implemented (as of 1 June 2022) which significantly change the current position. The first of these is Section 5 which seeks to address the issue set out above.

This section amends section 11 of the 1973 Act by setting out the point at which the prescriptive period begins. The period from which the deadline to bring a claim runs will now not start until the claimant is aware of the following facts – (i) that the loss, injury or damage has occurred; (ii) that the loss, injury or damage was caused by a person’s act or omission; and (iii) the identity of that person.

This change is likely due at least in part to the decision in Morrison v ICL Plastics. The pursuer was aware that a loss had been suffered following an explosion but they were unaware that ICL were liable. They argued that the relevant date ought to be the point when they discovered that ICL were at fault rather than when the loss itself was suffered.

The Inner House of the Court of Session held that although, on the face of it, the claim had been raised some years after it had prescribed, the relevant date was in fact when the pursuer had become aware that ICL were liable for the loss suffered. The defenders appealed this decision, and it was ultimately overturned by the Supreme Court. This apparently unjust outcome raised an important issue and is often considered to be the catalyst for this recent change.

Another very welcome change to the legislation is enacted by way of Section 11 of the 2018 Act which also came into force this June. This section provides that parties in Scotland are now able to enter into “standstill agreements”, something which has been an option in England for some time. The 1973 Act did not allow parties to contract out of the prescriptive periods.

That meant that even if the parties agreed a deadline for bringing a claim ought not to apply, the court would still refuse to consider it if the deadline for raising court action had passed. Parties can now enter into an agreement to extend that prescriptive period by a maximum of one year.

Although, the parties will have to remain mindful of the relevant dates for the expiry of a claim given that the extension must be agreed prior to the end of the prescriptive period, this may well provide some comfort for claimants who would otherwise be forced to raise proceedings simply to protect their position and avoid missing that crucial deadline.

While the remainder of the 2018 Act is yet to come into force the two sections which have already taken effect are a welcome change to legislation which had been considered in need of an update. That said, the rules concerning prescription are still not straightforward and so claimants are strongly encouraged to take legal advice regarding potential time limits before it becomes too late.

Erin Grieve is a managing associate at Addleshaw Goddard