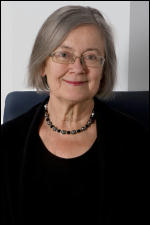 Divorce laws should be reformed to allow for “no-fault” divorce the deputy president of the UK Supreme Court has said.

Lady Hale (pictured) said she would like to see the acrimony removed from matrimonial disputes with divorces being granted without either party being held at fault.

Currently, the 120,000 couples who get divorced in England and Wales every year must cite one of five reasons – unreasonable behaviour, adultery, desertion for two or more years, two years’ separation with consent, or separation for five years without consent.

Critics say that couples who want to divorce are encouraged to give as their reason unfaithfulness or unreasonable behaviour which results in recriminations.

At the time, Conservative MPs repelled the measures and said removing fault would also get rid of responsibility and would ultimately undermine the concept of marriage.

But there is now widespread support for this kind of divorce.

The UK’s most senior female judge and the only woman on the Supreme Court bench would also like to see couples make arrangements for money and children before obtaining a divorce in order to dispense with lengthy courtroom battles.

She said: “We should make it take longer to get a divorce and encourage people to sort out what happens to the home, children, money before, rather than after, they get a divorce.”

Couples would be given a “cooling off period” of a year after stating their marriage had broken down, in which time they would need to make arrangements.

Lady Hale added: “Most of us in this area think that the present law is unsatisfactory.”

She was also cautious on the question of prenuptial agreements, saying courts should retain the power to vary them.

She said: “I am not against prenuptial agreements as such but what I wish everyone would understand is that the purpose of a pre-nuptial agreement in most cases is to provide that somebody will get less than otherwise they would be entitled to.”

“Our current system which pretends to be fault based is in practice and reality no such thing. The fault is largely invented to get a quick divorce — a hangover from pre-1970 days which is manipulated by lawyers and parties.”