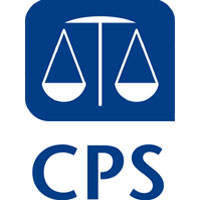 The Labour peer and former barrister Greville Janner QC, Lord Janner of Braunstone will not be charged for the second time in relation to charges of alleged historical child sex abuse owing to his poor health, the Crown Prosecution Service (CPS) has said.

Abuse victims have said the establishment has hidden a number of judges and politicians who abused children.

Lawyers for the CPS have studied evidence gathered by Operation Enamel,a sexual abuse allegations investigation, over the past nine months, with detectives interviewing over 25 men who said Mr Janner, 86, sexually abused them in their youth.

Mr Janner, former MP for Leicester West, has denied the allegations after they were first made 20 years ago.

His home in Hampstead, north London has been searched but detectives have not questioned him owing to his poor health.

He was originally investigated in the 1990s but police were told by senior officers not to arrest Mr Janner or search his property.

The decision has enraged campaigners who think a trial would be in the public interest.

The National Association for People Abused in Childhood described the decision as a “step backwards for justice”.

Speaking to the Today Programme on BBC Radio 4, spokesman Pete Saunders said: “There is enough evidence to proceed with this case and that Alison Saunders can say it is not in the public interest is an outrage.

“The message here is that if you are old or important you can still get away with it.”

Mr Janner’s family have said the allegations against him are without foundation and cannot be tested as he suffers from dementia.