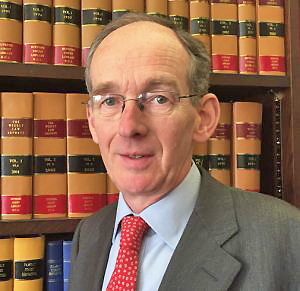 Concerns have been raised over the fairness of remote hearings in family cases, introduced during the lockdown, because of the difficulty for participants in reading each other’s reactions.

A rapid consultation carried out by the Nuffield Family Justice Observatory (NFJO) on the effectiveness of remote hearings received more than 1,000 responses from parents, carers, lawyers and judges in the family justice system across England and Wales between 14 and 28 April.

In addition to the concerns raised over remote hearings’ fairness, the consultation also found that remote working was reported to be having a negative impact on professionals’ health and well-being, although for some professionals it has meant working in a more efficient way.

The President of the Family Division, Sir Andrew McFarlane, welcomed the research.

Sir Andrew had asked the NFJO to carry out the study three weeks ago to examine views after some hearings during the crisis have moved to be held online rather than face to face. The NFJO is an independent organisation which is committed to improving life for children and families by putting data and evidence at the heart of the family justice system.

In a statement, the Judicial Office said: “This important piece of independent research is vital after what has been, over only seven weeks, a very fast-moving programme of change for family justice.

“The President recognises that the report highlights a balance of viewpoints. There are some clear advantages to digital/remote working that can be built upon but also some worrying issues highlighted that can be addressed.

“The President recognises that the current crisis has placed additional stresses on the Family Justice System and wants to ensure that these experiences are well understood. The research highlights the extraordinary work of Family Judges and the wider Family Justice community in these challenging times.”