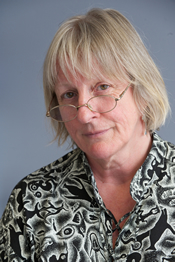 Ending the automatic early release of prisoners in Scotland has “no merit” and will leave high-risk offenders unsupervised it has been warned.

The Prisoners (Control of Release) (Scotland) Billseeks to end the current system, brought in in 1993, which lets prisoners who are serving four years or more for sex offences and ten years or greater for non-sexual crimes, to be released early, at the two-thirds point of their sentence.

However, Dr Barry, of Strathclyde University, said the plans were without merit so far as recidivism or re-integration of prisoners is concerned.

She said: “It’s vital you have a community part of any custodial sentence that allows people to be tested in the community. Only when they’re released is that potential for risk (of re-offending) there.”

Dr Barry argued that the longer someone remains in prison, the harder it becomes for them to re-integrate into the community.

She added that the government’s plans would give no support to people leaving custody after having served their time in prison.

She said: “There will be no support for the most potentially high-risk people because once they’re out, there’s no statutory requirement to look after them”.

Lisa Mackenzie, policy and public affairs manager for Howard League Scotland, expressed the charity’s worry that prisoners would be left out in the cold without supervision or support upon release.

The proposed laws would see prisoners who are no longer eligible for automatic early release have their case considered by the Parole Board.

Such an offender would therefore still be eligible for early release after serving half their sentence, with the Parole Board having discretion as to whether the prisoner is released before the full term is completed.

Sex offenders given determinate custodial sentences of four or more years would be most affected by the proposed legislation.

However, the proposals would have no effect on prisoners serving life sentences in which the “punishment part” is determined by the court.

The government has said courts have existing powers under the Criminal Procedure (Scotland) Act 1995 to impose “extended sentences” which means those convicted of violent or sexual crimes are monitored after their time in custody.

A spokeswoman said: “We believe best way to protect the public is for the most dangerous offenders to be kept in prison to serve their full sentences and our reforms will achieve this.

“Extended sentences, which ensure a period of supervision in the community once a custodial sentence ends, have long been available to our courts and it will remain an option for courts to use these sentences in the future.”