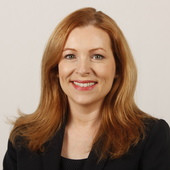 The definition of what constitutes a defamatory statement is to be set out in Scots law for the first time under draft legislation published today.

The Defamation and Malicious Publication Bill would simplify and modernise defamation law and aims to ensure that a better balance is struck between protecting someone’s reputation and freedom of expression.

Other proposed changes include recognising a defence of publication on a matter of public interest, and ensuring that action can only be brought if the published statement caused (or would be likely to cause) serious harm to the reputation of the person making a complaint.

The bill seeks to prevent defamation actions being brought against “secondary publishers” – those other than the authors, editors or commercial publishers of material containing defamatory statements – with certain exceptions, for example where the harm caused by publication is materially increased because it has been republished to a much larger audience.

Community safety minister Ash Denham said: “The existing laws covering defamation are spread across several statutes and areas of common law, some of which were decided more than 100 years ago.

“The widespread use of social media today means there is the increased potential for unfair damage to reputation. Defamation law can also potentially impact a far greater number of people than a generation ago.

“This bill brings the law up to date and simplifies it in key areas, while striking an appropriate balance between freedom of expression and the protection from unfair damage to reputation.”

The bill will implement many of the Scottish Law Commission’s recommendations on reforming defamation law.