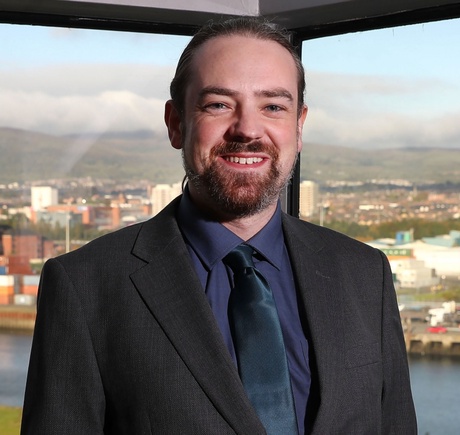 The Scottish Climate Emergency Legal Network (SCELN) has had success in its “Seventh Gas Campaign”, after the UK government recently pledged to bring forward amendments to the UK’s Climate Change Act 2008 (CCA 2008) within the year in response to pressure from the group.

SCELN was founded in January 2020 to draw together a network of lawyers, academics and activists from the Scottish legal community seeking to develop ideas and actions that can assist in tackling the climate emergency. The offices of the Legal Services Agency, Glasgow, provide the network with a regular meeting base, and its “Seventh Gas Campaign” has been one of its flagship areas of activity.

While working on the book The Climate Change Act 2008 (Palgrave, 2019) as a regular part of my working life as a legal academic, I hit upon and wrote about an interesting fact that was at that time virtually unrecognised: the national CCA 2008 was governing six greenhouse gases as part of the UK’s climate mitigation process, whereas Scotland was governing seven gases under Holyrood’s Climate Change (Scotland) Act 2009. On inspection, it turned out Wales was also covering seven.

This felt like a curious find, given that the general line is that coverage of crucial greenhouse gases is highly standardised. The wayward seventh gas omitted by the CCA 2008 was nitrogen trifluoride (NF3).

We decided to dig into the issue at SCELN. It became clear that the global community had been concerned with targeting six greenhouse gases as the primary means of mitigating climate change until around 2015, when NF3 was incorporated into the United Nations Framework Convention on Climate Change (UNFCCC) guidelines as a seventh gas.

The EU responded in law in June 2018 by incorporating it into binding annual member state emissions reduction targets under the Effort Sharing Regulation (Regulation EU 2018/842). The Scottish Parliament added NF3 to its greenhouse gas definition in 2015 by amending its 2009 Climate Act, and Wales incorporated it under the Environment (Wales) Act 2016.

This was no small matter. Although NF3 is produced in relatively small quantities, it is an extremely potent greenhouse gas with a long average atmospheric lifetime of 550 years, and its levels are increasing, particularly due to its use in electronics.

Once it had full sight of the issues, SCELN commenced the Seventh Gas Campaign in order to press the UK government and Parliament to incorporate this important gas into national law via amendments to the CCA 2008. The Scotland-UK dynamics here were interesting: the Scottish Parliament had exhibited best-practice by updating its list of governed greenhouse gases, whereas UK parliament was lagging behind by comparison.

A legal brief by SCELN lawyers and a scientific brief on NF3 by Scotland-based atmospheric scientist Professor Javier Martin-Torres were provided to the Secretary of State for BEIS. The documents were accompanied by a SCELN letter requesting an amendment to the law (submitted 27 October 2020). No response was received.

SCELN then lodged a written complaint with the European Commission in late December 2020. The Complaint alleged UK infringement of technical elements of EU law, and with the Brexit transition period ending on 31 December 2020, the Commission closed the complaint shortly after it was opened. But it had a desired effect – soon after the UK government was notified of the complaint by the Commission, BEIS responded to SCELN’s original letter (received 24/12/20), stating that our material was now being looked at and a response would be provided in due course.

After further radio silence SCELN sent BEIS another follow-up letter on 14th April 2021. A response was received on 17th May saying that SCELN’s correspondence was still under consideration.

With the silence continuing without end in sight, SCELN wrote to Caroline Lucas MP’s office outlining the situation and requesting that a written parliamentary question on the matter be put to the relevant minister (2/6/21). An encouraging response was received (3/6/21). Lucas then put the following question to the Minister for Energy, Clean Growth and Climate Change, Anne-Marie Trevelyan (tabled 9/6/21):

Question: To ask the Secretary of State for Business, Energy and Industrial Strategy, whether he plans to amend the definition of greenhouse gases in the Climate Change Act 2009 to include Nitrogen Trifluoride.

Minister Trevelyan responded as follows: The government does intend to amend the definition of greenhouse gases in the Climate Change Act 2008 to include nitrogen trifluoride (NF3) and will seek to bring forward legislation to do so within the next year.