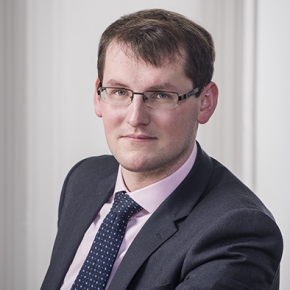 The Professional Standards Authority for Health and Social Care (PSA) has successfully appealed a disciplinary decision of the Medical Practitioners Tribunal (MPT) concerning a doctor. This is the first reported Scottish case in which the PSA succeeded in persuading the Court of Session to grant such an appeal. Brodies acted for the PSA in this appeal.

The PSA was created by the National Health Service Reform and Health Care Professions Act 2002. One of its roles is to review disciplinary decisions taken by medical and health care regulators such as the General Medical Council, the General Dental Council and the Nursing and Midwifery Council, and their associated tribunals. If the PSA considers that a disciplinary decision about a professional such as a doctor, dentist or nurse does not adequately protect the public, it can appeal that decision. In Scotland, these appeals are dealt with by the Court of Session.

In this case, the MPT dealt with allegations of repeated dishonesty raised by the General Medical Council against a doctor. The first allegations were dealt with by the MPT in 2019 and the doctor was suspended. Further allegations of dishonesty were considered by the MPT in the second case, which came about because of the doctor’s actions in response to her initial suspension (which included continuing to practise while suspended). However, in the second case, and despite this dishonesty, the MPT did not erase the doctor’s name from the Register (instead imposing a further suspension). The MPT took the view that the doctor had, in the first case, demonstrated a capacity for insight and remediation and so was capable of doing the same again.

The PSA appealed against the MPT’s second decision. It argued that the MPT should have erased the doctor, – meaning that the doctor could not practise again unless re-admitted. It considered that the suspension order was not sufficient for the protection of the public because the doctor had been repeatedly dishonest. In those circumstances, the MPT had no basis to conclude that the doctor was capable of insight and remediation. The doctor’s conduct was fundamentally incompatible with continued registration.

The GMC remained neutral in the appeal. The Court of Session agreed with the PSA and ordered the erasure of the doctor’s registration. It set out its reasoning as follows:

“In short, we consider that [the doctor]’s persistent dishonesty was so grave as to be wholly incompatible with her continued registration as a doctor. Honesty lies at the very heart of the profession of doctor. Such repeated dishonesty as occurred in the present case carries with it the potential to undermine completely public confidence in the medical profession. In the circumstances, we are satisfied that erasure was the only sanction that could properly have been imposed.”

The court also stated that a twelve month suspension was not sufficient to maintain public confidence in the medical profession and maintain proper professional standards and conduct. It agreed with the PSA that the doctor could not be said to show any real capacity for insight or remediation.

Douglas Waddell is an associate at Brodies LLP