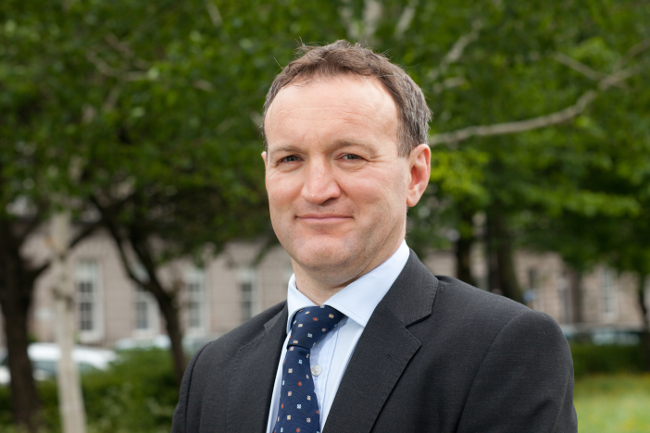 Douglas Roberts, partner at Lindsays, discusses the economic benefits of employee-ownership in Scotland.

By 2030, the Scottish Government hopes the country will be home to 500 employee-owned companies. It’s an ambitious target which requires sustained focus, but I’m in no doubt achieving it will be great news for Scotland.

We are witnessing a real awakening as to the benefits that businesses becoming owned by their staff brings, not just personally but for the fact that it locks jobs, wealth and talent in Scotland. Employee ownership’s part in our long-term recovery from the coronavirus pandemic cannot be overlooked.

Employee-owned (EO) companies are increasing in importance as part of our national economy. Their influence is only likely to grow as we move through the next decade.

There are currently just over 100 EO companies based in Scotland, with 30 more forecast to make the transition this year – twice as many as in 2020.

Maintaining that trajectory is critical if we are to reach the 500 milestone.

In the past four years, I’ve helped advise more than 15 firms on the legal aspects of their EO switch. With each, I see benefits filtering through the organisation. There is a change in mindset.

Of course, EO is not right for everyone. It’s important we acknowledge that.

However, for those where the circumstances are correct, we are seeing growing evidence that staff in employee-owned companies work harder and provide better service because they are more engaged and benefit from the profits.

A common question that I am asked, though, is “what’s the benefit to the seller?”.

For most owners I have helped, money is not the main driver. What is most important to them is knowing they are leaving their business – which they have spent blood, sweat and tears building – in the hands of people who are as passionate about it and in their community. Jobs are safe and loyal staff rewarded. Also, their departure can be phased over a number of years and at their chosen pace.

From a legal and financial point of view, they pay no Capital Gains Tax (CGT), saving them thousands of pounds in taxes (possibly millions) depending on the size of the business.

The process can be done far quicker and with reduced transaction costs – including legal and accountancy fees – because there is not the need for extensive due diligence and confrontational negotiations over the legal documents.

Then there is the fact that research has shown other benefits to include healthier and happier staff, increased staff retention, better attendance, more innovative employees and, ultimately, happier customers.

All of this could prove pivotal as our economy recovers and rebuilds from the pandemic. Research after the 2008 credit crunch showed that EO companies outperformed non-EO companies. As a result of the staff having ownership of the business they “stick together” and work harder knowing that they will all benefit rather than just a few shareholders. There is less of the “them and us” attitude.

There are different levels of EO, from share options to selected members of staff through to the employees or an employee ownership trust owning 100 per cent of the company. Due to legislation introduced in 2014, most EO deals involve the process of more than 50 per cent of a company’s shares being transferred to the staff. This is typically done by entrepreneurs or family-owned businesses as part of their succession plans. They also attract strong tax benefits.

When a company transitions to EO, subject to meeting certain requirements, the shareholders who sell pay no CGT.

Due to Business Assets Disposal Relief, most shareholders pay CGT at ten per cent on the first £1 million of a sale which means that someone selling a company for £, for example, walks away with an additional £100,000. Recent changes to CGT make this even more attractive.

Tax, of course, should not be the main consideration. It’s vital to look at the entire picture especially that an EO culture will work for the business.

Far too often we have seen Scottish companies sold and their main administrative roles – often the highest paid – moved out of the country or for operations here to end entirely. Having companies owned by Scottish employees who keep jobs in Scotland can be a significant boost and one our economy and local communities need.