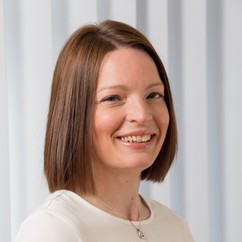 Many years ago, I knew someone who applied for the ‘old style’ Employment Support Allowance (ESA). Let’s call this person Bob. Upon receipt of Bob’s application, the DWP contacted him to schedule an appointment, which he attended and was asked a series of questions about how his mental illness affected his ability to work.

Several weeks later, Bob received a letter from DWP explaining that he was not eligible for ESA. Reasons included the fact that he had presented himself for his appointment on time, clean shaven and wearing ironed clothes and he could take his child to school. Bob was understandably devastated.

What the DWP did not know (because it did not ask and Bob did not know or think to explain) was that Bob’s partner, on the morning of his appointment, had spent some time cajoling him into the shower and to shave before he dressed in the clothes picked out and ironed for him the night. He arrived on time because his partner drove him there and he took his child to school because it was his only reason to get out of bed in the morning.

Why am I telling you this? Although Bob was too ill to work, it was only with his partner’s help and his child’s dependency on him that he could maintain something close to resembling a ‘normal’ life. Conversely, there are others who, despite their mental health issues, can work but struggle, with or without support, in all other aspects of their lives. To those who do not know the reality of the life lived behind closed doors by someone with a mental health illness, they can present to the world as someone who is ‘well’. Sometimes, they themselves do not or will not recognise they are suffering from a mental illness.

For employers, this can make it difficult, firstly, to determine whether or not an employee is disabled under the Equality Act 2010 (EqA) and, secondly, to deal with the important issue of reasonable adjustments. Matters are often made worse by the fact that there still remain many misconceptions about what mental illness looks like. In turn, these misconceptions can inform views held of what sufferers of poor mental health can or cannot do. The tennis player Naomi Osaka opened up for the first time in July 2021 after mental health issues caused her to drop out of the French Open two months prior and explained she “felt pressure” to disclose her symptoms at the time and worried that people “did not believe [her]”. Perhaps she felt this way because she was aware that to others she did not appear to fit the common stereotype of someone with poor mental health.

And it is these assumptions, in my view, that result in many employers defending disability discrimination claims brought in the Employment Tribunals. Employers have lost sight of the fact that they must focus not on whether the mental illness is covered by the EqA but on whether the particular individual with the impairment is covered, and that will depend on the nature, severity and duration of the impairment in their particular circumstances.

Simply because someone can go to work and perform their duties with a smile on their face does not mean other normal day-to-day activities such as washing, dressing, sleeping, eating and interacting with family – the life lived behind closed doors, about which the employer has no knowledge – are unaffected. That is why a standardised list of questions, customarily asked by employers when meeting with employees who they know or suspect to have mental health issue (or have any impairment) is rarely sufficient to understand the nature, severity and duration of the impairment and what reasonable adjustments, if any, should be made.

Had Bob’s employer taken the same approach as DWP, it would certainly have been at risk of a discrimination claim. Instead, these types of conversations should be approached with an open mind and a willingness to see and treat people as individuals. The fear is that this may be construed as prying. I tend to think of this as caring – and a sensible way towards meeting the obligations under the EqA.

Donna Reynolds is a partner at Blackadders. This article first appeared in The Scotsman.