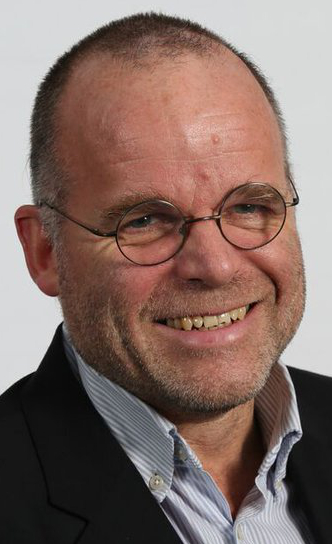 Three years after a defamation action was brought against him, Scottish Greens MSP Andy Wightman has been vindicated by a judge in the Court of Session.

Lord Clark in the Outer House found, among other things, that the allegedly defamatory statements of Mr Wightman lacked the meaning the “ordinary reasonable reader” would find in them and that the defender had failed to prove any loss.

Lay representative Paul O’Donoghue sought £750,000 in damages and an interdict after alleging he suffered loss and damage as a consequence of Mr Wightman publishing “defamatory” material on various online channels that focused mainly on the assertion that the pursuer operated through a tax haven.

The pursuer, a firm registered in England, sold small souvenir plots of land in order to raise funds for Wildcat Haven CIC, a company concerned with the conservation of Scottish wildcats. In a blog post, Mr Wightman detailed its relationship with Highland Titles Limited, which is wholly owned by a charitable trust, Highland Titles Charitable Trust of Scotland – and suggested a financial link between the two. The pursuer averred that in a number of tweets Mr Wightman accused the defender of “funnelling” the proceeds of the sale of souvenir plots into tax havens.

The pursuer argued that Mr Wightman made various defamatory statements and that it did not suggest that people who bought its plots would obtain a real right in land. Furthermore, it was averred that Mr Wightman’s “defamatory” material was centred on the activities of the pursuer and not just the practice of selling souvenir plots.

It sought damages as a result of averred reputational damage and financial loss.

Roddy Dunlop QC, for Mr Wightman, submitted that most of the statements were covered by the defence of fair comment; that Mr Wightman’s statements were made in the public interest; and that his journalism was responsible. The suggestion of malice, whose relevance was doubtful, was not made out. Furthermore, the pursuer had not shown actual financial loss or harm to trading reputation. The pursuer had also failed to provide evidence from a forensic accountant of any loss.

“It is apparent that there are a number of meanings which the pursuer relies upon which are not true meanings and indeed are overstatements by the pursuer of what was actually stated. These include the pursuer’s allegations that the defender referred to it as the same entity as HTL and that the pursuer itself was ‘a tax dodging scam designed to con the public out of money and then funnelling money donated to wildcats to the Channel Islands, to line the pockets of corporate fat cats and the aristocratic gentry’.”

He added: “For these reasons, the pursuer’s claim fails. Accordingly, I shall repel the pursuer’s pleas-in-law, and sustain the second, third, fourth and fifth pleas-in-law for the defender in the manner and to the extent explained above, and grant decree of absolvitor.”

“I want to pay particular thanks to the thousands of people who generously contributed to my crowdfunder, without whom I would simply have been unable to defend myself. I have been hugely encouraged by their ongoing support.

“The National Union of Journalists and Scottish PEN have also been very supportive as part of their wider campaign for defamation reform. I have maintained throughout that I did not defame the pursuer and that this action should never have been brought against me.

“It is vital that Parliament modernises the law of defamation to ensure that the law provides the right balance between freedom of expression and the rights of people not to have their reputations tarnished. It is also important that the law is clear, so that writers and journalists can write confidently and provide the freedom of expression that is so important in any democracy.”