Dean of Faculty comments on good year for women in law 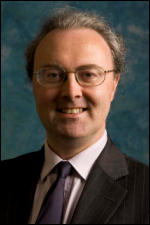 This weekend will see celebrations and events across the world to mark International Women’s Day.

The dean of the Faculty of Advocates, James Wolffe QC (pictured) said: “Sunday will be International Women’s Day.

“We mark a year in which women have played a remarkable role in Scotland’s politics – and a woman has become first minister.

“In the legal world, Lady Smith became the first president of the Scottish Tribunals.

“Sheriff Principal Mhairi Stephen QC, was named as the first president of the Sheriff Appeal Court, and the Faculty of Advocates elected Dr Kirsty Hood to one of its ancient offices, as clerk of faculty.

“The Faculty of Advocates, Scotland’s national bar, is an institution which is committed to justice for all, comprised of women and men who dedicate their professional lives to defending the rights of others. There are more women at the bar than ever before.

“As dean of Faculty, I am glad to mark International Women’s Day by recalling Gloria Steinem’s words: ‘The story of women’s struggle for equality belongs to no single feminist nor to any one organisation, but to the collective efforts of all who care about human rights.’”