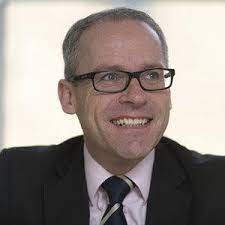 Clyde & Co recently successfully defended a claim in the All Sheriff Scotland Court against a dissolved company from a pursuer who had previously made a successful claim against another party, writes David Tait.

The second action related to a former employer of the pursuer for whom the insurance details could not be traced at the time of the first action.

Senior counsel for the defender argued that this was not a circumstance that the court’s equitable discretion was designed to cover.

Handing down judgment, Sheriff Mundy noted that the approach adopted by the firm pursuing the first action was not inappropriate. Nevertheless, the “rational and reasoned decision” not to include the present defender in the original action was effectively an abandonment of that claim. The court’s discretion in disapplying limitation was not intended for a situation such as this. The court refused to exercise its equitable discretion to allow the pursuer to proceed with his action.

Had the court accepted that the discretion should have been exercised, this would have opened the door in Scotland for secondary claims following additional information being traced and entered onto the ELTO database. The decision is therefore a welcome one, but as the issue of limitation in asbestos disease is currently being reviewed by the Scottish Law Commission, further changes may be expected in the future.

The 2020 case of Quinn v Wright’s Insulations Ltd (which Clyde & Co were involved in) involved a diagnosis of pleural plaques many years ago, with Mr Quinn then developing mesothelioma some 20 years or more later. Mr Quinn’s family sought to pursue a claim in respect of the mesothelioma.

In Quinn the entries from the deceased’s medical records were sufficiently clear to indicate that he must have had the relevant constructive knowledge in terms of section 17 of the Prescription and Limitation (Scotland) Act 1973, such that the claim could not proceed but for the court exercising its discretionary power under section 19A.  The Lord Ordinary was not satisfied that she should exercise her discretion in favour of the pursuers and dismissed the action. While the pursuers had lost a potentially high value claim in respect of a death from a serious condition, the defenders would lose a complete defence to a potentially high value claim. The prejudice to the defenders was that they lost the chance to try and settle a lower value claim (for pleural plaques) on a “once and for all basis”.

However, please note the most recent decision in John Kelman v Moray Council.  Clyde & Co were not involved in the Kelman case but draw your attention to the fact the court took the opposite view from the decisions in Quinn and Madden. The “key” comment from the decision is “While each case turns on its own facts, I note that a difference between this case and that of Quinn is that there is here a very clear, reasonable and convincing explanation for the failure to raise proceedings timeously.”

The Kelman case can also be distinguished from Madden where the pursuer (and his agents) took the decision to raise a claim for pleural plaques but exclude the defender from the litigation. Madden had received compensation and not lost his chance completely. The pursuer in Kelman, whilst he had on the face of it been made aware of the result of his radiology he had been reassured by those treating him that there was nothing serious on the radiology and he was not aware that he was entitled to claim for compensation.

Kelman was also unaware of others who may have made plaques claims, but that will not always be the position.

The bottom line is that, unless the pursuer is told they have the right to claim ie, Dr X giving them details for Clydeside Action, or there is some other unequivocal evidence to support the fact the pursuer was aware of his asbestos related condition and entitlement to sue at the earlier date, it is unlikely the defender will be successful taking a time bar point.  Each case will require to be considered on its own facts.

David Tait is a partner at Clyde & Co