And so the time has come to talk of David and Henry, and the crimes of which they stand accused. In David Hume’s case sentence has already been passed, his name now severed from the largest post-war building on Edinburgh University’s principal campus. Given that he had fixed ideas on beauty and proportion, and thought square windows a morally corrupt deformity (unlike proper windows which accorded with the upright proportions of Vitruvian homo sapiens) he may have been sanguine on the point. There’s a lot of square glazing on the former David Hume Tower, after all. For him, the un-naming could well be something of a relief.

Let us proceed with our case. Admitted: that in 1753 the said philosopher added a ‘notorious footnote’ to his essay Of National Characters, originally published in 1748. No ifs, no buts. There it is (literally and metaphorically) in black and white, waiting to be interrogated. The question that should concern us here is why would he do such a thing, and might the defence of irony apply?

It’s hard to envisage any credible defence at all since the footnote seems unequivocal. “I am apt to suspect the negroes to be naturally inferior to the whites.” Even that qualifying phrase “I am apt to suspect” fails to assuage our horror at a plainly racist sentiment which utterly contradicts a statement in his essay Of the Populousness of Nations written at around the same time – “There is no universal difference discernible in the human species.” In that same essay Hume would go on to describe “domestic slavery” as “more cruel and oppressive than any civil subjection whatever”.

So why did David Hume, enlightened abolitionist and close friend of Adam Smith (who stated, in his 1759 Theory of Moral Sentiments, “There is not a negro from the coast of Africa who does not – possess a degree of magnanimity which the soul of his sordid master is to often scarce capable of conceiving”) come out with such an outrageous racial slur?

Perhaps we should judge this affront in the social context of the time. Hume, the Enlightenment giant, was also an outsider, passed over for a professorship after being blocked by Edinburgh’s Whig Presbyterian clergy for being insufficiently Hanoverian, and suspected of atheism. He raised eyebrows, too, over his close relationship with Nancy Ord, the young daughter of the Chief Baron of the Exchequer. He could state, with a hint of self deprecation, “I have written on all sorts of subjects – yet I have no enemies; except indeed all the Whigs, all the Tories, and all the Christians.”

During his lifetime the Edinburgh upper classes were heavily invested in plantations. Such people dominated the city’s social life. A young medical student and future signatory of the US Declaration of Independence, Benjamin Rush, was taken aback by the local bourgeoisie’s endless preoccupation with their Caribbean holdings when studying there in the 1760s. In such circumstances, it has been argued by some, Hume was not so much positing an axiom, as trying to retain some credibility with, and the confidence of, those profiting from slavery in the hope that he might gradually persuade them to reassess their views. He was, after all, a master of nuance.

We know from contemporary accounts that Le bon David, friendly and gregarious, was disinclined to offend those who sat around his table or listened to his Select Society disquisitions. He may simply have been trimming to keep their good favour. The one thing we can be sure of is that the footnote is not easily reconciled with the general views of a man whom Adam Smith considered as “approaching as nearly the idea of a perfectly wise and virtuous man as the frailty of human nature will allow”. Hume must own his footnote, but there were others who probably encouraged him, like his publisher William Strahan, an MP in Lord North’s Tory administration, or William Preston, the editor of later, and posthumous, editions in which the footnote was expanded.

Clearly, an application to Lord Carloway for a reasoned opinion might be no bad thing.

Court declarations notwithstanding, those who seek to speculatively explain, far less defend, David Hume today, however, had better mind their Ps and Qs, as Michael Fry, Sir Tom Devine, and Professor Jonathan Hearn know only too well. Professor Neil Thin of the University’s School of Social and Political Science, too, had his career blighted for daring to question the wisdom of deleting Hume’s name. None of these scholars are remotely racist, but to utter the mildest defence of the great philosopher is to invite a truly McCarthyite condemnation from our moralising proclaimers of faux virtue. 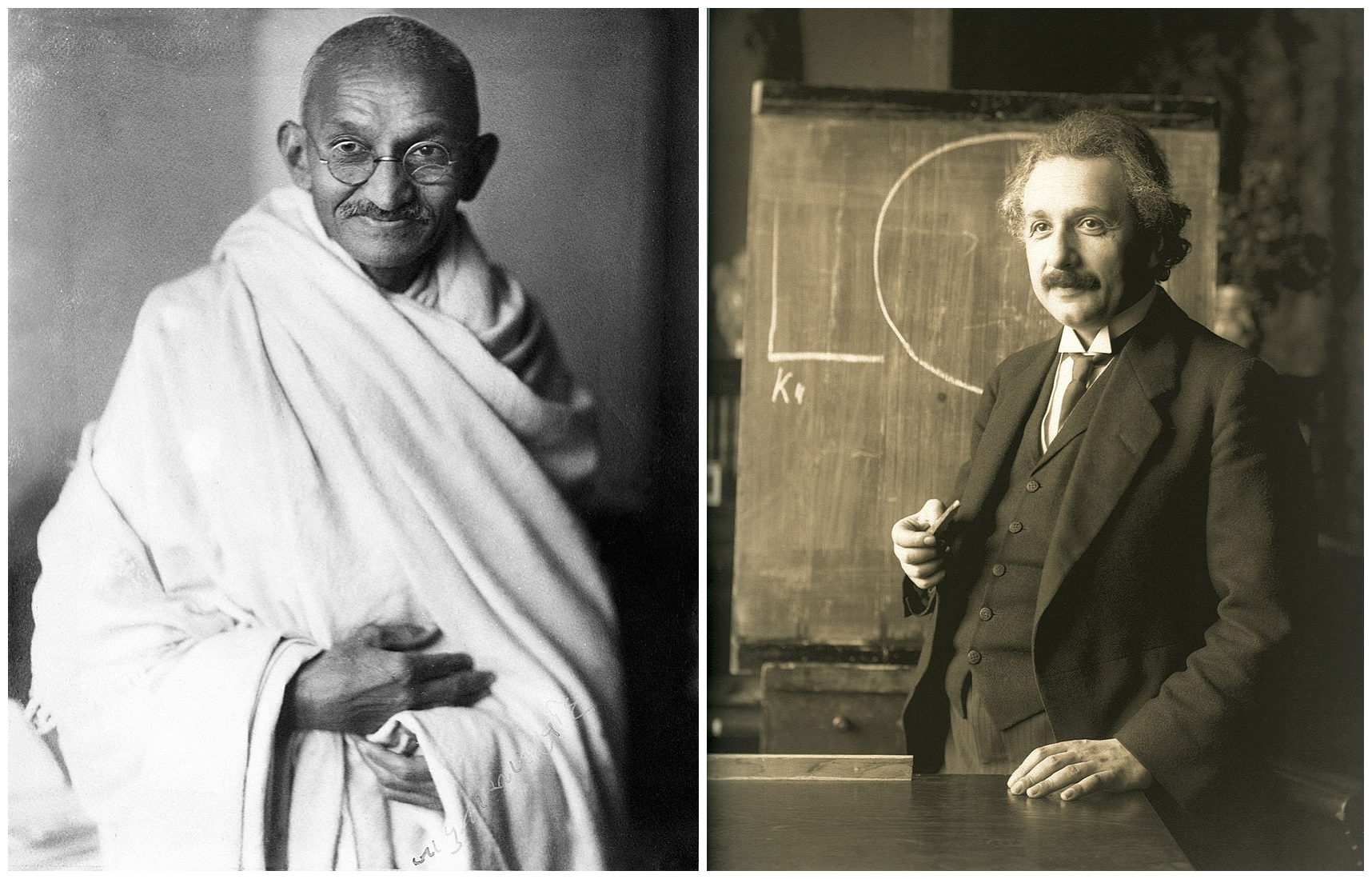 One of life’s realities is that sometimes great people say silly things, some of them very disturbing. As a young lawyer in South Africa, Mahatma Gandhi was given to insulting ‘Kaffir’ black Africans. As a result, his statues have been vandalised not only in Johannesburg, but also in America and Australia. Albert Einstein made outrageous comments about Egyptians, Sri Lankans, and the Chinese in his private diaries. Churchill made a remark about black people which was just as scurrilous as Hume’s footnote. Woodrow Wilson scandalously wrote of black Americans as “an ignorant and inferior race”. That shocking and dispiriting list could go on.

David Hume’s solecism, which didn’t even accord with his own system of logic, was, and is, indefensible, but compared to his enormous contribution to western liberal thought it really is a very, very minor footnote indeed, and should be dealt with as such.

With Dundas, there is a simple solution to the problem. A full bells and whistles trial. In 2016 the Supreme Courts staged a fun open day in Parliament House – I still have somewhere my free Scottish Sentencing Council pen as a reminder. One of the highlights was a re-staging of the trial of Madeleine Smith, the popular alleged Glasgow murderess who may (or may not – let’s observe the niceties) have poisoned her lover with arsenic.

The Dundas trial would not, of course, be a restaging, but it would certainly be dramatic. It is indeed the case that he was a corrupt and obnoxious character on the whole; a political tyrant who controlled Scotland on behalf of King George, a peddler of preferment and an embezzler of admiralty funds. But as any judge would direct these are all matters which should be set aside where the matter on the charge sheet concerns only the role he played in the continuation of slavery, and acknowledges both his abolitionism and his inspired defence of enslaved servant Joseph Knight.

On the first point Henry, Viscount Melville, can certainly be accused of deft politicking, conceding a delay to the enactment of the abolition act which he initially pitched at three-and-a-half years, but which ended up being fifteen years. This was a barefaced Machiavellian ploy to salvage something of Wilberforce’s bill which would otherwise never have had a cat’s chance of getting past the House of Lords. It worked. Dundas, a committed opponent of slavery, is thus responsible for introducing abolition to the statute books, but his detractors will hear nothing of it.

The man deserves his day in court. What a production that would be! Imagine the accused cowering in the dock as Lady Dorrian, resplendent in her robes and preceded by her mace bearer, casts a wary eye over the old crook. Who would act for the defence? Why, surely a team led by Gordon Jackson QC, a man renowned for saving the besmirched reputation of Woofy the dog, not to mention Alex Salmond (so I won’t).

For the Crown, given the ancient principle that a man should be tried by his peers, and since Henry was once Lord Advocate, it could be argued that his successor in that office, Dorothy Bain QC, should prosecute, but that would be controversial, so the task might be best carried out by the excellent Susanne Tanner QC, Assistant Principal Crown Counsel.

Wow! What a cast! But then comes a problem. Henry departed this life over 200 years ago, and despite the useful precedent of Logan of Restalrig, who was dug up three years after his death to answer for his part in the Gowrie Conspiracy, we have a serious case of Habeas Corpus here. A stand-in would have to suffice.

Viewers of the compelling HBO TV series Succession would doubtless insist there is another Logan available, the power-crazed media magnate Logan Roy, as portrayed to menacing perfection by superstar Dundonian Brian Cox. It’s certainly the case that if you saw Logan Roy and Henry Dundas in the same room together it might be impossible to tell them apart. But let’s face it. Mr Cox has come a long way since he first trod the boards as The Servant o’ Twa Maisters in the Lyceum or directed Fulton Mackay in The Man with a Flower in his Mouth in the Gateway. He must be even more expensive than Gordon Jackson QC by now.

There is an excellent dark horse, however. Another accomplished Scottish actor, Bill Paterson, actually played Dundas to Benedict Cumberbatch’s Pitt the Younger in the 2006 film Amazing Grace. He has since polished up his legal credentials as canny Edinburgh lawyer Ned Gowan in the blockbuster series Outlander. He is, without doubt, supremely qualified. 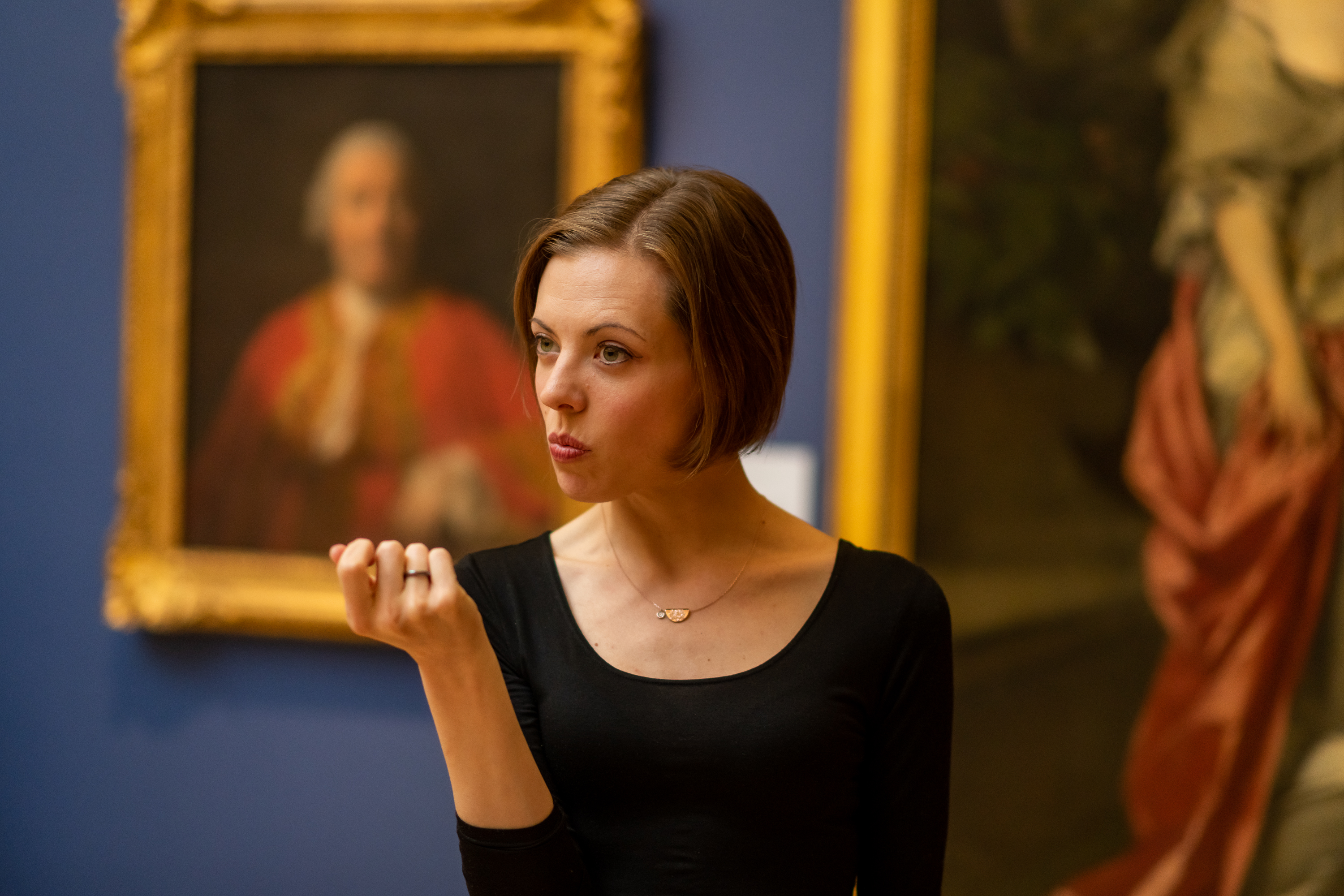 Kelly Burke
Courtesy of the National Galleries of Scotland/Andy Caitlin

True, actors and lawyers – particularly those who haunt the Faculty of Advocates – seem, at times, to have more in common than we should probably be comfortable with. John Bett, who portrayed crotchety Enoch Dalmellington, legal adviser to Glasgow’s 18th century tobacco lords, as well as a strangely tormented Edinburgh advocate, Cameron Leishman, in a Festival play The Devil Masters, has also honed his skills well.

The possibilities are mouth watering. Irvine Welsh, who spoke disparagingly of Dundas at an anti-statue rally in St Andrew Square, could present a detailed exposition of his thoughts on the matter. Henry also deserves a character witness or two. He could be charming to the ladies, for one thing, as in the case of David Hume’s favourite, Nancy Ord, to whom the uncrowned king of Scotland proclaimed “Nothing can be more agreeable to me than to receive and be able to obey the commands of my dear Miss Nancy.” This testimony could be voiced by the brilliant Kelly Burke, who played the starring role in the acclaimed 2019 Edinburgh Festival play Nancy’s Philosopher.

At this point, however, I must issue a conflict of interest alert. It was yours truly who wrote the play, I’m afraid, so there we must leave it.