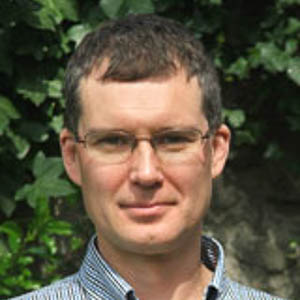 Daniel Wincott, Blackwell professor of law and society at the University of Cardiff, explores the impact of Brexit on devolution across the UK.

Brexit has exposed the underdeveloped and fragile aspects of devolution in the UK. Devolved governments’ relationships with London are strained. The arrangements that seemed to be in place to manage those relationships are buckling. If the sheer fact of leaving the EU made internal UK changes to devolution unavoidable, the form of Brexit being pursued makes for larger scale domestic change. Johnson’s ‘take back control’ mindset may also inform his approach to devolution. Currently before the House of Lords, the Internal Market Bill includes provisions on market access, economic subsidies and new UK government spending powers that are not necessary for the UK after Brexit. They are, though, consistent with a sovereignist Westminster attitude to devolution.

But, as a system, devolution was deeply flawed long before Brexit. As new forms of democratic governance, some parts have worked pretty well. Of course, the institutions in Northern Ireland face their own distinctive challenges. Though those in Scotland and Wales both face their own limits and problems, each now seems strongly established and well-grounded in general public support within the devolved nations. First Ministers Drakeford and Sturgeon have much stronger public backing and trust for their management of the Covid-19 pandemic than does Johnson.

UK devolution’s systematic flaws concern the relationships among its parts: the governments, legislatures and bundles of policy competences. The flaws reflect the pragmatic, piecemeal approach taken to the construction of devolution in Scotland and Wales from the start. They represent a continuing failure of the UK state to think through devolution and domestic governance in general constitutional terms.

Essentially, political devolution added a democratic element to prior patterns of administrative devolution in Great Britain. From one perspective, pragmatism is easy to defend. Devolution was set up in a benign context, as one of the first acts of Tony Blair’s new Labour administration after 1997. Labour was to win two further UK general elections and presided over sustained growth of public spending. Labour First Ministers – Donald Dewar and Alun Michael – led the new administrations after the first devolved elections in 1999. The devolution statutes were constructed to prevent the new authorities from being able to contravene EU rules. As well as being written through devolution, EU membership also provided a kind of external scaffolding that helped to hold the UK together. Devolution was potentially deeply disruptive, but favourable circumstances allowed it to settle down remarkably smoothly.

Of course, flexibility also allowed devolution to breathe and grow, especially in Wales. Welsh devolution began on a local government model. Able only to pass secondary legislation, the National Assembly had specific powers conferred on it by Westminster, not the ‘reserved powers’ model of evolution in Scotland. No distinct Welsh Government existed. Instead, the National Assembly was a single ‘Body Corporate’. For anyone without specialist knowledge the series of steps by which Welsh devolution has developed since then is, frankly, bewildering. Informally at first, the ‘Welsh Assembly Government’ was separated from the legislature. The Government of Wales Act (2006) gave these arrangements a statutory foundation. It also provided for a gradual accretion of specific primary legislative powers. The system for doing so was byzantine. Moreover, a full set of legislative powers could be conferred the Assembly after a referendum. Then Secretary of State Peter Hain envisaged that referendum might come some twenty years later, crowning a slow process of building up primary powers. In fact, the referendum was held in 2011, and the Wales Act (2014) then conferred ‘full’ primary powers on the National Assembly. Three years later, a further Wales Act (2017) moved to a reserved powers model, transferred some tax raising competence to Wales and gave the National Assembly the power to change its name. In 2020, the National Assembly for Wales became the Welsh Parliament/Senedd Cymru. In Wales it is now generally known simply as the Senedd.

Little known outside Wales, this story of constant change illustrates the absence of coherent constitutional planning at the UK level. More generally, the surprisingly easy birth and early life of devolution may have distracted those involved from developing a robust system of UK- (or GB-)wide processes and structures. The absence of serious state-wide challenges to its fundamentals, allowed devolution to be constructed of conventions and informal understandings, with limited and weak coordinating structures. In benign times, the Sewel Convention operated pretty well. Although Westminster retained its sovereign right to legislate on any matter, the convention is that it will not normally do so in fields of devolved competence without the express consent of the legislature on whose policy fields it was seeking to legislate. Sewel motions provided a mechanism that allowed UK and devolved governments to coordinate their legislation and to avoid duplication.

In 1999, at the start of devolution, a Joint Ministerial Committee (JMC) was created for active policy coordination. As well as the plenary, it has had sub-committees for Europe and for domestic policy, including variously on poverty, health, the knowledge economy. As a structure for intergovernmental relations, the JMC is limited and informal. It has fallen into disrepair. Significantly, JMC (Europe) met most often – some 80 times since 1999. In other formations, though, JMCs have not even managed to meet with any regularity. Most striking, no meetings of the plenary JMC took place between 2002 and 2008. Brexit gave the JMC new life and a new form – the JMC for European Negotiations. Starting in November 2016, this JMC(EN) was initially expected to meet on a monthly basis. Even under the urgent pressure of Brexit, its record has proven uneven. After its February 2017 meeting, the JMC(EN) next met in October and then the following February. It met ten times in 2018, five in 2019 and four times (so far) in 2020.

Theresa May pushed the EU Withdrawal Act (2018) through Parliament without Scottish consent. Since then, mutual suspicion has stalked relations between London and Edinburgh. Her successor’s Internal Market Bill has deepened this distrust and seen it spread to Wales. Relations between London on the one hand, and Cardiff and Edinburgh on the other are more troubled now than they have ever been. Devolved politicians question the UK government’s good faith. There is almost no prospect of either the Scottish or Welsh Parliaments giving consent to the Internal Market Bill. Should Westminster pass it anyway, the fragile framework for UK devolution would be shattered. It is hard now to see the basis on which a new one could be built.