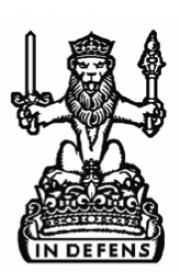 The Crown Office and Procurator Fiscal Service (COPFS) has ruled out prosecution of firefighters who refused to rescue a 44-year old lawyer who fell down a 15-metre mineshaft in Ayrshire and later died.

The family of Alison Hume, who worked for Renfrewshire law firm McCusker McElroy and Co, have called for justice for Mrs Hume since a fatal accident inquiry (FAI) found that she could have survived if raised from the mineshaft earlier.

Prosecutors have now agreed that firefighters on the scene had no duty to attempt a rescue, as a disused mineshaft does not qualify as a “structure” under Paragraph 4(1)(b) of the Fire (Additional Function) (Scotland) Order 2005.

Firefighters are only obliged to rescue people from the collapse of “a building, tunnel or other structure” and the mineshaft, part of the decommissioned Goatfoot Colliery, did not qualify based on the interpretation of the statute.

Mrs Hume was trapped in the mineshaft for almost eight hours because senior fire officers showed “rigid compliance” with official health and safety procedures and refused to let trained firefighters rescue her.

She survived the fall and remained conscious throughout, but suffered a heart attack while being brought to the surface hours after her discovery and died in Crosshouse Hospital.

Paul Stewart, who initially arrived on the scene as a press officer, took control of the operation and stopped firefighters preparing to go down the mineshaft.

The family’s lawyer, David Short of Balfour+Manson, told The Herald: “We are arguing that there was a legal duty on Strathclyde Fire and Rescue Service to attempt to rescue Alison and they failed to carry out a statutory duty.

“I think there are reasonable grounds to proceed with a judicial review in this case. I strongly disagree with the Crown’s position.”

If a judge rules the decision should be reviewed, it will be referred back to COPFS for further consideration, according to Mr Short.