Courts to be opened up to TV cameras and Twitter 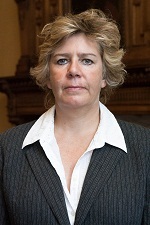 A judge-led group appointed by the lord president Lord Gill to review the current policy on the recording and broadcasting of proceedings and the use of live text-based communications from Scottish courts has recommended that live broadcasting of certain court cases should be permitted as well the use of Twitter.

The review group, chaired by Lady Dorrian (pictured), has made a series of recommendations following a public consultation exercise, to which 17 individuals and organisations responded.

In summary, the report recommends the following:

Lord Gill said: “I am grateful to Lady Dorrian and her group for having carried out this exercise so thoroughly.

“They are entirely appropriate in the contemporary world. My office will now prepare guidance on the implementation of Lady Dorrian’s report.”

In response to the news, James Wolffe, QC, dean of the Faculty of Advocates, said: “In keeping with his vision of an open and accessible justice system – a vision which I share - the Lord President has made an important announcement about televising the Courts.

“While there must be safeguards to protect the interests of justice, public understanding of the work of the courts – which is fundamental to our democracy – will be enhanced by these proposals, and I welcome them.”