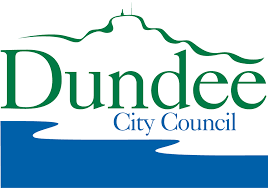 A council laid off six labourers before offering five of them new contracts in a bid to get rid of one of the employees The Courier reports.

Dundee City Council’s environment department made the workers redundant because of what bosses called a “downturn in current workload”.

However, Mark McPhail’s job was taken by a temporary worker while four of his colleagues who were laid off returned to their jobs within four weeks.

Bosses claimed Mr McPhail told one manager not to keep him in mind for future work as he “wouldn’t work with these a*******s”.

However, an employment tribunal judge agreed managers had engineered the circumstances in order to get rid of Mr McPhail; that there was actually no need to make redundancies and that his dismissal was procedurally unfair.

Before his termination, rumours were already circulating that Mr McPhail would be the only person not to be offered a new contract.

In evidence, John McIntosh, a colleague of Mr McPhail’s said he was told by site agent James Burke that the process was a ruse.

Mr Burke apparently said: “You know how it is. It is to get rid of Mark McPhail basically.”

Ian McFatridge, tribunal chairman, criticised manager’s evidence, in particular that of Mark Ross, which he said “appeared to be simply untrue”.

He said: “I did not find the respondents’ main witnesses credible and reliable in all respects.

“I found some of their evidence was undoubtedly truthful… However, I did not find their evidence as to how the claimant’s dismissal came about to be credible or reliable.”

Speaking to Scottish Legal News, Mr McPhail’s solicitor Ryan Russell, of Muir Myles Laverty, said: “I am delighted for Mr McPhail and his family. In my view this is a damning judgment.

“Dundee City Council completely failed to follow policy and procedure which is not acceptable given their considerable size and resources.

“In addition to these failures, the council failed to persuade the tribunal the reason for dismissal was redundancy.

“The rumours that the council paid off six employees simply to remove the claimant were true and this was upheld by the tribunal.

“This is not behaviour tax payers come to expect from their local authority.

“I am currently pursuing costs on behalf of my client and there will be a hearing in due course.”

A spokesman for the council said: “The council is studying the details of the findings.”