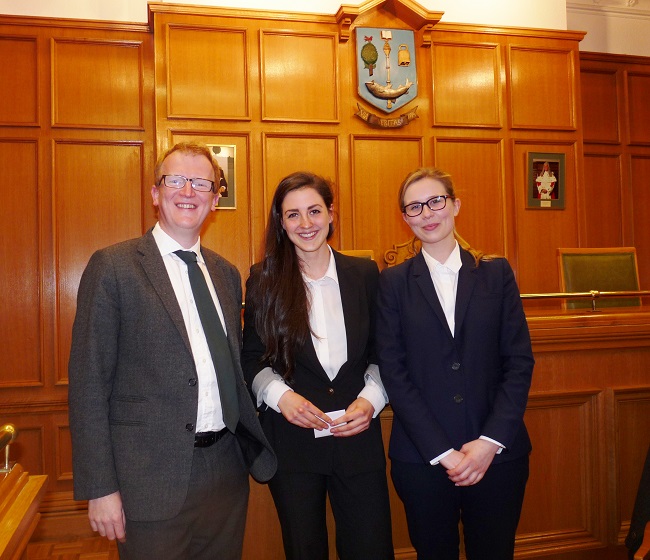 Compass Chambers were delighted to once again sponsor the University of Glasgow Mooting Competition for all first year students taking the Obligations course.

Every first year law student was involved at the outset of the competition.

They were narrowed down to two teams who participated in the final, which took place on 25th March, on the tricky subjects of penalty clauses and disgorgement of profits.

The winning team this year were Stephanie Tinney and Madeleine MacPhail.

Isla Fern and Gordon McBain were the runners up. Richard Pugh gave both teams excellent and constructive feedback, which was really encouraging for them.

The winners and runners up received prizes of book tokens donated by Compass Chambers.

Compass Chambers congratulated all of the students for their hard work and enthusiasm in reaching the final and would particularly like to congratulate Stephanie and Madeleine on their victory.