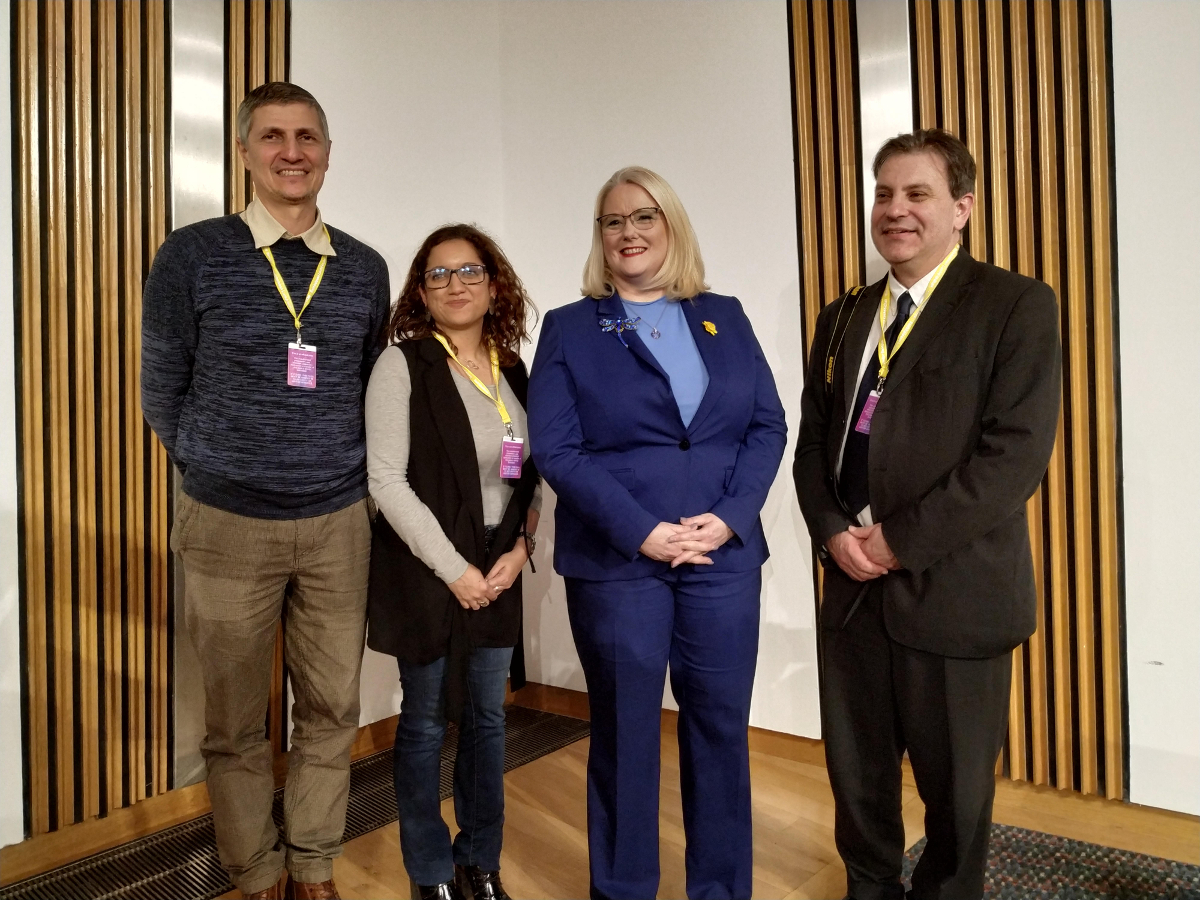 Representatives of the Colombian Truth Commission visited Edinburgh on 11 March to promote the work being done to clarify the main causes of the armed conflict and Colombia’s human rights crisis and promote co-existence, in a visit supported by Arnot Manderson Advocates.

The commission is reaching out to victims of the Colombian conflict in the UK and to others affected by the conflict to invite them to tell their stories.

As part of the visit, the commission is also meeting with MSPs, universities and civil society organisations to explain their work and the importance of continuing international support for the Colombian peace process.

The delegation to Scotland was led by Alejandra Coll Agudelo, a Colombian lawyer, graduate in gender studies and a feminist activist. She is currently part of the gender working group of the commission, investigating violence against women and the LGBTQ+ community.

Ms Agudelo was joined by Peter Drury, a human rights expert, campaigner and former researcher at Amnesty International. Currently, Mr Drury is the representative of the Colombian Commission for the Clarification of Truth, Co-Existence and Non-Repetition in the UK. They were also joined by Oto Higuita, a human rights defender, writer and commentator on the Colombian peace deal.

The delegation met Colombian residents living in Scotland, academics and students from Scottish universities and members of the Scottish legal profession at a roundtable event at the Scottish Parliament. The event examined the current challenges facing the Truth commission as it seeks to shine a light on the complex causes of an armed conflict that has resulted in millions of victims.

Ms Agudelo said: “The Truth Commission is a key component of the peace accord which seeks to guarantee victims of the armed conflict in Colombia their right to truth. The peace process in Colombian has been able to advance in part because of the support of the international community. Now our work is underway, we feel it is vital that we continue to inform the international community, including Scotland and Colombians living here, about the Truth Commission and the importance of international solidarity.”

The delegation also met equalities minister Christina McKelvie MSP, who said: “It was inspiring to hear from the Colombian Truth Commission about its work to ensure reconciliation and a lasting peace. Scotland salutes the many brave human rights defenders in Colombia who are contributing to that process, often at great personal risk to themselves.”

Simon Crabb, of Arnot Manderson Advocates, added: “I’m most grateful to the commission, the Scottish government, my stable, Ximena Vengoechea, advocate, and all those who joined us for making this visit a success.

“The delegation has provided us with a valuable insight into the challenges of ensuring that victims are heard in transitional justice processes in Colombia. I hope they take with them a strong message of support from Scotland and that we can continue with further collaborations with the Truth Commission in the future.”