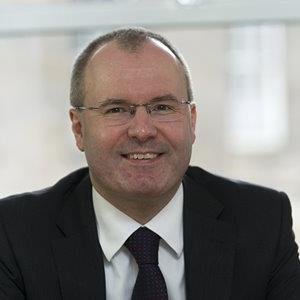 It was Robert Burns who wrote: “Facts are chiels that winna ding, and downa be disputed.” He was of course writing about royalty in his 1786 poem, A Dream. Burns was most certainly not thinking of future Scottish legal expenses when he penned these words!

Yet as with much of the Bard’s work, there is universal wisdom to be found. No matter how inconvenient it may be, facts do not change, nor can they be disputed.

In an age when the cost of living is soaring, from the price of food to the cost of fuel, we in Scotland have an anomaly in our legal system which, I would suggest, cannot be justified, and adds to the cost burden for almost all of us. That anomaly is the extent of legal expenses in (relatively) low value claims for personal injury compensation. Typically this relates to whiplash style injuries in road traffic accidents, but the issue also extends to other forms of personal injury claim.

The insurance body, the Forum of Scottish Claims Managers (FSCM) has recently carried out an extensive data analysis project, based upon statistical information supplied by member firms of the Forum of Insurance Lawyers (FOIL) Scotland, from literally thousands of personal injury cases brought in recent years. The findings reveal some disturbing statistics.

Viewed in terms of isolated cases, this may not seem a big issue. But grossed up and considered cumulatively it represents a substantial addition to annual insurance bills for all of us.

None of this is to belittle the importance of fair compensation for people injured in accidents that were not their fault. However, if that involves paying more in cost than in compensation then something, somewhere has gone wrong. These cases involve modest injuries which are not life threatening or life changing. They usually involve a full recovery in a short timescale.

The system in England addressed and largely eliminated this problem years ago. South of the border, an official portal system for road traffic accident personal injury claims worth less than £5,000 (£10,000 collectively) was introduced by legislation in 2013, with statutory fixed costs meaning there is broad proportionality between compensation and legal expenses. There are proper exceptions for complex matters and safeguards for vulnerable claimants, but those cases are not the majority.

Scotland, as yet, has no such system. This short article forbids a detailed analysis of the basis on which Scottish costs are calculated in litigated and non litigated claims. Yet whatever way it is looked at, the legal costs in less serious personal injury cases are higher in Scotland than in England.

To date, there has been no appetite in Scotland to deal with this issue. FSCM, FOIL and the Association of British Insurers are currently seeking change, since if we follow the old adage that there is “no such thing as a free lunch” these legal bills must ultimately be met by all of us through our insurance premiums. So when your next car insurance renewal arrives in your inbox, or lands on your doormat ask if you are happy paying so handsomely for lawyers in these types of cases. If the answer is yes, there is no problem. But if the answer is no, then reform is overdue.

Bruce Goodbrand is a partner at Clyde & Co and chair of the Forum of Insurance Lawyers (FOIL) Scotland. This article first appeared in The Scotsman.