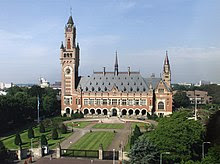 International lawyers and experts have suggested Brexit is to blame for the failure of a British judge to be elected to the International Court of Justice (ICJ) for the first time.

Leading legal figures told The Brief that politics had at least partly contributed to Sir Christopher Greenwood’s failure to secure re-election for a second nine-year term.

His candidacy was withdrawn after he failed to beat the Indian candidate, Dalveer Bhandari, after 11 rounds of voting.

Lord Pannick QC, a cross-bench peer and tenant at Blackstone Chambers, said: “This is a sad reflection of the decline in the status and reputation of the United Kingdom in world affairs, a problem to which Brexit has made an inglorious contribution.

“It is also very unfortunate for the international rule of law. Sir Christopher Greenwood has been a judge of real distinction and he will be much missed on the ICJ.”

Sir Daniel Bethlehem, former chief legal adviser to the Foreign Office, added: ” absence will be a significant loss for the court. He is recognised internationally as one of the most expert, able and experienced public international lawyers worldwide, with over 40 years in the field, as academic, counsel and judge.

“While the outcome was probably more to do with the politics of the UN, the populist weight of the General Assembly versus the perceived old order entitlement of the permanent members of the Security Council, a perception of Britain’s waning post-Brexit influence, and the inability to count on European support, no doubt also played a part. Whatever the reason, the court will be poorer for Greenwood’s absence.”