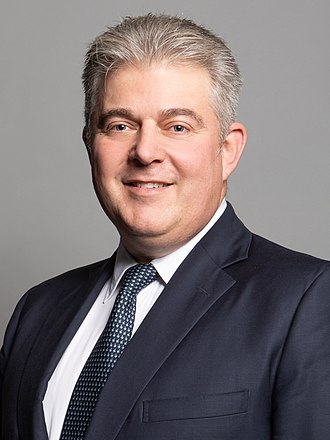 Mr Lewis, who was previously Secretary of State for Northern Ireland, was elected Conservative MP for Great Yarmouth in 2010 and replaces Dominic Raab.

He has a BSc in Economics and an LLB from the University of Buckingham and an LLM in commercial law from King’s College London.

A qualified barrister and a company director, he was an active member of a number of all-party parliamentary groups, including those for enterprise zones and local growth as well as local government. He was made a CBE for political and public service in September 2019.

Julian Hayes, senior partner at London law firm Berris Law, said: “The appointment of Brandon Lewis as Justice Secretary and Lord Chancellor is a disappointing one. Not only does he not fulfil the qualifications to hold the Lord Chancellor post, he strongly advocated for the government to break international law whilst supporting the Internal Market Bill.

“It would appear that his appointment has been made principally because of his support for Liz Truss. Whilst he qualified as a barrister he is in fact a career politician and has no track record of ever working within the justice system. Anyone who holds this post should have the necessary experience and have worked within the justice system at some point.

“I am therefore concerned as to his fitness to hold such a position and hope that he proves my reservations wrong. We can only hope that he engages with the criminal bar to resolve the barristers’ dispute and that he works with Lord Bellamy to ensure that the recommendations and demands are met and that mechanisms are put in place to ensure the sustainability of the system for the future.”