Blog: ‘You can’t say that about me’ – an overview of the new defamation law in Scotland 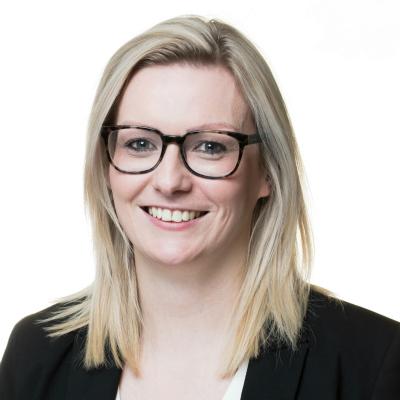 Lauren Rae and Ryan McCuaig outline the coming defamation regime and its advantages.

The Scottish Parliament recently passed the Defamation and Malicious Publication (Scotland) Bill which will introduce the most significant changes to the law of defamation in recent history. The new law has yet to come into force and there are no firm indications when that will happen, but let’s look ahead to how the law will change.

Prior to the bill’s passage through the legislature, the law of defamation had not substantially changed since 1996. Of course, since then, we have seen the proliferation and growth of the use of smart phones and social media; granting large swathes of the population publishing and broadcasting powers previously reserved only to commissioning editors and journalists.

Following a review of the legislation by the Scottish Law Commission, the bill predominantly aims to (i) bring clarity on what constitutes defamation; (ii) clarify who can bring defamation proceedings; and (iii) to set out the defences to defamation, and how to make amends if you have defamed another person. The new law also makes other changes about jurisdiction and how defamation proceedings are tried before a court.

The purpose of any defamation law is to allow individuals or entities to protect their reputation but also to balance those protections with the right to freedom of expression. What, then, does the new bill do, in a practical sense?

A statement will be treated as defamatory if it would tend to lower the person’s reputation in the estimation of ordinary persons.

Previously in Scots law a statement was defamatory even if it was only made to the person about whom the statement relates. The new law changes that; so that a right to bring defamation proceedings only accrues if (i) A has published a statement about B to a person other than B and (ii) the publication of the statement has caused (or is likely to cause) serious harm to the reputation of B.

Publishing a statement can be communicating the statement “by any means to a person in a manner that the person can access and understand it” and is completed when “the recipient has seen or heard it”.

Who can be defamed?

A public authority, including any institution of central government, local government, a court or tribunal or any person or office not falling within the above “whose functions include functions of a public nature” (unless specifically included by Regulations of the Scottish Ministers) may not bring an action for defamation.

This means that individuals (including those who hold public office in a private capacity), charities, and companies who trade for profit can and will continue to bring actions for defamation under the new regime.

There have been several high-profile instances of cases being brought or threatened against individuals who simply retweet, share or hyperlink a defamatory statement. The new law makes it clear that someone cannot be sued for defamation for simply retweeting or sharing an existing post. However, if the statement is altered, say by quote-tweeting or otherwise editing the post; that may still attract liability. If the involvement is judged to have materially increased the harm caused by the publication of the statement – for example, where it has been published to a much larger audience or following, that may also attract liability under the new scheme. The legislation provides specific definitions of author, editor and publisher, which one imagines will apply not just in the traditional sense but also to those who control websites and make decisions on the publication of guest blogs, for example.

It is also a defence if a statement complained of was published on a matter of public interest and the defender reasonably believed that publishing the statement was of public interest. Additionally, there are defences of honest opinion and of both absolute and qualified privilege.

A person who has published a defamatory statement about another can make amends by making a suitable correction of the statement, giving a sufficient apology, publishing the correction and apology in a manner that is reasonable and practicable in the circumstances, paying such compensation as may be agreed or determined and taking any such other steps that the person who has been defamed has proposed.

The new law provides welcome clarity in an area that has been crying out for reform for many years. It is always preferable when the law can be presented within a single piece of legislation, rather than the previous piecemeal nature of the law of defamation. This will hopefully make it much more accessible to members of the public who, with the rising use of social media as a means of communication and debate, may find themselves on one end of an online argument or two.

It will be interesting to see how the courts will apply this new legislation and whether, as an ever increasing amount of debate rages online, it will indeed be a piece of legislation fit for the 21st century.