Blog: Would it be worth raising a small claim action in Scotland for £15.95? 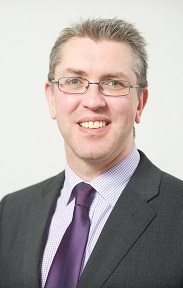 Gus Macaulay (pictured) discusses the prospect of raising a small claims action in Scotland for a very small sum following the recent news story from England of a parent making a claim against another over their child’s failure to attend a birthday party.

There has been quite a lot of talk about the prospects of one parent raising a small claim action against another parent for the sum of £15.95.

If it was in Scotland, would it be worth raising a small claim action for £15.95?

The short answer is, without a doubt, no.

To lodge a small claim summons in Scotland, the person raising the claim is required to pay a fee to the local sheriff court. Usually, the fee for raising a small claim summons is £73. For claims of £200 or less, the fee charged by the sheriff clerk is £17. Therefore, the mere raising of an action for £15.95 would cost £17 and is not worth it. The person raising the claim would pay more to the sheriff clerk for the privilege of raising the action than what the claim is worth.

What about an award of expenses if the person won? Could that make it all worthwhile?

Again, the answer is no.

Expenses are at the discretion of the judge (the sheriff) and the sheriff may decide that no expenses should be payable in the case. However, even if the person won their claim for £15.95 and the sheriff did have sympathy with the person raising the action or followed the general rule that expenses are awarded to the successful party, then if the value of the claim is less than £200 in Scotland, normally there could be no award of expenses at all. The small claims guidance notes on the Scottish Court website make it clear that, “If the value of the claim is £200 or less there will normally be no award of expenses.” (The guidance notes can be seen here )

Even if the party won their action, the recoverable expenses would be nil. Some folks who have raised actions for below £200 have apparently managed to get back the warrant dues of £17 as an outlay, as opposed to expenses on top of that.

However, if the party gained an award against another party for £15.95, but no expenses and no outlays, then they would have paid £17 to the sheriff clerk to raise the action and would be out of pocket. Even if they got their outlay of £17 back, then taking into account the cost of more than one trip to and from the court, the cost of waiting around for the case to call, the distinct possibility of no court time for the case to be heard and returning another day, etc, (none of which would be recoverable), then this renders it all wholly unworthwhile, but you would have already guessed the answer.

It would be interesting to hear from anyone who managed to get any expenses back in such a low value claim (and if anyone has even been instructed to raise such a claim in the first place!).

So, would it be worth raising a small claim action in Scotland for £15.95?