Blog: Woolworths – A Sigh Of Relief For Employers? 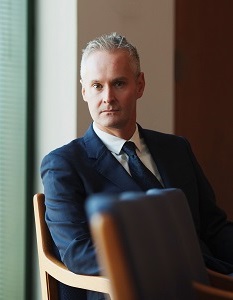 The Advocate General of the Court of Justice of the European Union has delivered his opinion in the hotly anticipated and widely reported case involving Woolworths. You will recall that, following the mass redundancies made as a result of the insolvency of Woolworths (and Ethel Austin), there was a dispute over the long established definition of “establishment” for collective redundancy purposes.

In short, the collective consultation obligations in the UK (which require consultation with appropriate representatives (trade unions in these cases) where 20 or more dismissals are proposed in a 90 day period) refer to any one “establishment”. For many years, we had advised employers that the threshold number of proposed redundancies should be looked at on an individual establishment basis, for instance, at each separate shop or retail unit. In the case of Woolworths, thousands of workers were therefore denied a protective award for failure to consult when they had worked at individual stores with fewer than 20 workers.

The dispute was taken to the Employment Tribunal and ultimately the Employment Appeal Tribunal determined that it could (and had to) delete the words “at one establishment” from the UK law in order to comply with the European law. This sent shockwaves for employers (and their employment lawyers!) throughout the UK, setting the traditional approach under challenge. The law at the time required consultation of 90 days for 100 or more dismissals which would have huge financial consequences. The government has since reduced the maximum consultation period to 45 days for 100 or more redundancies and it remains 30 days for 20 or more.

On appeal to the Court of Appeal, the question was referred to the European Court and the Advocate General has opined that the question of “establishment” is not at odds with European law and, provided that member states of the EU provide the minimum protection under the EU law, the concept of “establishment” should denote “the unit to which the workers made redundant are assigned to carry out their duties, which is for the national court to determine”. So, it is not necessary to aggregate the dismissals across all of an employer’s establishments for the purposes of determining whether the European law protection applies.

A supplemental point addressed by the Advocate General which is likely to attract less press attention was that collective redundancies effected under fixed term contracts should be excluded from the scope of the collective consultation regime, unless these redundancies were implemented prior to the expiry date of the fixed term or prior to the completion of a specific task. This is consistent with the legislation that the UK government has recently introduced.

To be clear, the Advocate General’s opinion need not be followed by the full Court of Justice but, in practice, it often is. For the time being, we sense a sigh of relief from employers that the paradigm approach of assessing an “establishment” on a localised basis will once again prevail.