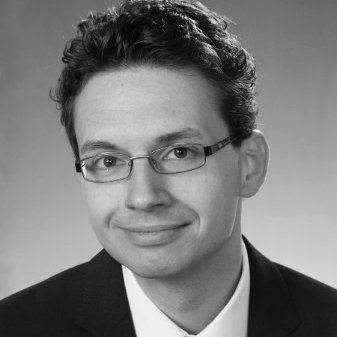 Ben Bestgen (pictured) discusses the idea of separating share-ownership and the right to vote attaching to shares as well as the advantages and disadvantages of such a system.

In Company Lawyer 2015 36(6), pp 67-71, Professor Panagiotis Panagiotou, a Greek attorney at the Supreme Court of Athens and academic, analyses Greek and German law with regard to the permissibility of splitting the voting right from share-ownership, something that is forbidden for public policy reasons in German and Greek law and as I found was only recently allowed to a limited degree in the US in the Rosenfeld v Coastal Broadcasting(2013) case.

But can’t we transfer votes already? Yes and no: we can appoint proxies, give somebody a power of attorney or a company may use s145 Companies Act 2006 to modify its articles, so shareholders can nominate other parties to exercise and enjoy the share-rights.

However, Panagiotou’s idea seems stronger: voting rights could be traded as independent commodities corresponding to the principle of freedom to contract, without the need to maintain any relationship (e.g. power of attorney, proxy or nominee appointment) between the owner of the shares and the party who acquired the voting rights.

What might be advantages of this? Panagiotou does not discuss any, but I can think of a few:

1) Encouraging shareholder activism: NGOs and activist groups who try to influence companies directly invest and become shareholders in order to vote, which can be prohibitively expensive. But some existing shareholders might be willing to sell or rent out their voting rights for a smaller sum, as long as they still retain the right to receive their dividend.

2) Company governance: eminent Chicago law professor Eric A Posneradvocates the sale of votes to tackle shareholder apathy and better control over managerial opportunism. People who really want to take part in shaping the will of a company should be able to buy other’s votes, no matter how many shares they might own themselves.

3) It’s a free market: legally we can assign the right to our dividend to others – so why not the vote? People who may not care about their vote might enjoy making a profit from selling it. “Power brokers” might also see opportunities in having a new market in which they can sell or lease the ability to exercise voting rights.

4) Promotion of sustainable business practices, diversity and wider competitive balance: under the current regime, the parties who have a right to dividends and the parties who vote are almost always the same. If voting rights can be held completely independently from share ownership, companies may have a greater incentive to accommodate 3rd party stakeholders. It would also improve the pool of ideas brought forward at the AGM – i.e. the views of shareholders and non-shareholding voters could enrich the company’s governance.

5) Opening up a new market: accountants, actuaries, brokers, lawyers and bankers will have a new “product” they can trade and pollsters will enjoy increased business. It may be conceivable that think tanks, public interest groups or governmental bodies acquire and trade voting rights in order to shape corporate policy but will not have to become entangled in the other aspects of share ownership or taxation of dividends.

However, are the reasons above in any way persuasive? Disadvantages I can think of include:

1) Greater administrative burden and uncertainty for companies: As long as voting rights are expressly tied to shareholders, companies know who will be at their AGM and exercise a vote. Companies will also know that the voting behaviour will reflect the interests and opinions of people who have “skin in the game”.

2) Bad for business and public policy: as a shareholder, you put your money where your mouth is. Some may find it objectionable that the affairs of the company they invested in can be directly influenced by voters who have no financial stake of their own in it. This seems unfair and might also discourage new investors.

3) Easily defended against: companies could tailor their articles to prohibit the sale of voting rights or cut the dividend of parties who do so. Without specific legislation cementing a proper framework for the “vote-sale market”, companies can develop lawful countermeasures that render the whole idea unattractive.

4) Distorting competitive balance: at the moment, the views of the board, the majority and minority shareholders “compete” to govern the company and ideally no party has a distinct advantage over the other. If non-shareholding voters with a much greater variety of interests are added to the mix, it might be harder to assess when a “competitive equilibrium” is reached and all competing interests are reasonably accommodated.

5) Inefficiency: a common and justified criticism levelled against democratic, parliamentary systems is that they are slow and often inefficient decision-makers. One reason for that is the great plurality of opinions expressed by voters, parties and inner-party fractions. But arguably a company serves a different purpose than a democratic parliament and needs to make decisions much more effectively. Having various interest-groups with no financial stake or interest in the profits of the business exercising votes and tabling conflicting proposals might harm the efficient governance of a company.

Where does it leave us in the UK?

To our knowledge, selling votes in the way described above has not been tried before on a known and public scale, also because of the already existing options to have others exercise a vote on your shares.

But whatever your opinion on this issue might be, the 21st century will continue to see lively debate between those who wish to see companies operate solely for the shareholders and the generation of profits, while others take a wider view and, like Henry Ford, would encourage companies to become “corporate citizens” who consider broader community interests too.

The EU and UK currently debate proposals to “destruct” big voting blocks like the ones exercised by great pension or investment funds who in fact wield large numbers of their investor’s votes already, in favour of greater transparency as to who actually is behind the voting rights that are exercised… So we might well move even farther away from a free market for votes. Let’s see what happens. Watch this space…