Blog: the right ingredients for success 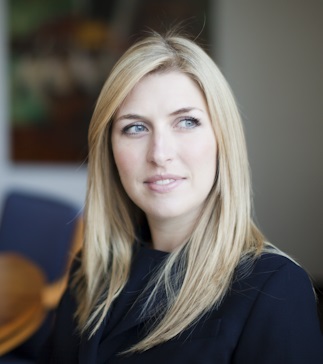 After the historic year of 2014, the appetite for Scotland’s food and drink brands shows no sign of being satisfied in the coming 12 months. Our food and drink sector relished the opportunity to showcase its produce to the supply of sports spectators from the UK and overseas and to promote the provenance of its products to those at home as we ruminated over the constitutional future.

Local sales of Scottish produce are up, according to Asda, and the year’s visitor statistics are expected to show a hearty surge. It would not, therefore, seem too greedy to anticipate another jump in the right direction towards hitting the industry sales target of £16.5bn by 2017, as set by Scotland Food and Drink.

Indeed Grant Thornton’s recent report identifying Scotland’s Top 100 Limited Companies listed 21 from the food, beverage and leisure sector (including three of the top four) and revealed the sector as Scotland’s top performer by profitability, with operating profit growth of 157 per cent.

We are now into the Year of Food and Drink 2015, a Scottish governmentinitiative led in partnership by EventScotland, VisitScotland and Scotland Food and Drink. With the aim of the initiative being to spotlight, celebrate and promote Scotland’s natural larder and quality produce to its people and visitors, this would seem the perfect platform from which to harvest the fruits of 2014.

Innovation and new product development are essential to the growth of the sector, particularly in this age which is waging a war on sugar and witnessing a significant rise of the health and lifestyle product.

The opening of the Scottish Centre for Food Development and Innovation at Queen Margaret University, Edinburgh in December could therefore not have come at a better time. With a dedicated micro-biology laboratory, a fully-equipped sensory suite, a dedicated chemistry laboratory and a technology room for the testing of new devices, the centre will allow food and drink companies to work alongside academia in developing a wealth of new products.

But as established industry leaders and emerging sector stars alike would appear to be keenly aware, the key ingredient in capitalising on this chance to further spread the word of Scotland’s gastronomic wares is the creation of a visually recognisable brand.

The appeal of Scotland’s produce lies in its quality and its provenance and in the innovation shown by its producers. It is through the medium of a powerful brand that these elements have time and again been conveyed to consumers, both home and abroad, with resounding success.

Those at the forefront of the sector are looking to engage directly with their consumers and engender goodwill and brand loyalty.

In this, the social media era, the results can be far-reaching, both in terms of geography and impact. A carefully-employed social media campaign (as used to great effect by players in the craft beer industry such as Brewdog and Innis & Gunn) can create such enthusiasm and passion as to result in a voluntary workforce of brand ambassadors, eager to promote all that the brand is intended to represent.

These unpaid workers can generate funds not only by being fervent consumers and marketeers, but by becoming investors too, as they participate in crowd-funding schemes in an effort to become a part of the brand they so strongly support.

This year producers would well be well advised to protect their brands and any underlying intellectual property created in the course of new product development.

Competitive as the marketplace may be, as Scotland’s producers share their provenance stories in the course of the Year of Food and Drink, we can expect many of them to continue in the spirit of collaboration which has already served them so well.

Scotland’s food and drink players have shown themselves to be resourceful in joining forces to raise awareness of their category as a whole, with the country’s eight producers of rapeseed oil (Black & Gold, Borderfields, Cullisse, Mackintosh of Glendaveny, Ola Oils, Summer Harvest and Supernature) who have formed the collective group, Scottish Rapeseed Oil, being one such example.

Our food and drink sector is enjoying what can be described as a ‘golden era’. This year dishes up an opportunity for our producers to seek to make loyal consumers out of those, both in Scotland and globally, who sampled their wares during the events of 2014.

Through targeted marketing, product innovation and development and collaboration, Scotland’s hungry food and drink sector has every chance of continuing to grow and thrive.