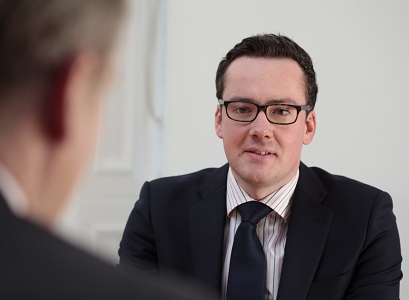 Stephen Wright (pictured) discusses the recent clarification by the Inner House, in a Special Case, of uncertainty surrounding the validity of a very large number of continuing powers of attorney.

In W, 2014 SLT (Sh Ct) 83, Sheriff Bairdopined that a deed which appointed a named individual “to be my continuing attorney…in terms of section 15 of the Adults with Incapacity (Scotland) Act 2000” did not meet the requirement of section 15(3)(b) to incorporate a statement which clearly expresses the granter’s intention that the power be continuing. He considered that this could only be achieved by stating that the document and its powers shall subsist and continue to have effect notwithstanding that the granter has lost capacity (or words to that effect).

Subsequently, in B. v. H., 2014 SLT (Sh Ct) 160, Sheriff Murray declined to agree with Sheriff Baird that for the purposes of section 15(3)(b) it was necessary to include a specific statement in every deed. He also observed that the power in question was not intended to spring into effect upon incapacity only as required by section 15(3)(ba), and so paragraph (ba) was not engaged.

Neither of the Sheriff Court decisions were binding on other courts. The Public Guardian and Great Stuart Trustees Ltd, an attorney acting under a continuing power of attorney in substantially the same form as the criticised style, requested the Inner House to answer questions which would clarify the matter in the particular circumstances of the agreed facts of that case.

The judges (Lords Menzies, Drummond Young and Bracadale) had to consider the competency of the Special Case where there was no disagreement between the parties as to the validity of the deed. An amicus curiae was appointed to put forward arguments to the contrary. The court held that the Special Case was competent. It could have proceeded in other forms of action such as for declarator. Furthermore, it raised an important practical issue both for the particular incapax adult and more widely.

The court observed that an estimated 282,000 deeds incorporated the criticised wording. If that wording was invalid then it would be necessary to re-execute the deed, if that was still possible. Alternatively, if the granter had since become incapacitated then additional time and expense would have to be incurred to obtain an intervention order or guardianship. This would call into question the fundamental principle in section 1(3) that any intervention should be the least restrictive option for the adult.

The Inner House held that the wording of the power of attorney complied with section 15(3)(b). Having reviewed the Scottish Law Commission’s Report on Incapable Adults (1995), upon which the 2000 Act was based, the court considered that it was intended that granters should expressly opt in to granting continuing authority after incapacity rather than opting out. However, the court considered that the Commission had rejected the use of a prescribed style and that Sheriff Baird’s interpretation of section 15(3)(b) was too narrow. Furthermore, the judges endorsed Sheriff Murray’s observation that section 15 contained a number of statutory safeguards. For example, subsection (c) requires a solicitor to prepare a certificate confirming that the granter has been interviewed immediately before subscription and had understood the nature and extent of the deed.

Section 15(3)(ba) did not apply as that provision came into force after the deed in the Special Case was granted in 2004. However, the Inner House commented that had the deed been granted today, (ba) would not apply as the deed took effect on registration rather than upon incapacity. The Inner House observed that even though the deed in W was exercisable immediately upon registration, Sheriff Baird considered that it was invalid in light of an acceptance by the grantee (a bank) in argument that it was never intended that it should act as attorney and exercise the powers conveyed while the granter retained capacity. The Inner House instead focussed on the wording of the document in W, which they noted appeared to contradict this position.

Both the legal profession and attorneys will be reassured that continuing powers of attorney will not be invalid as a result of the previously criticised forms of words.