Blog: How can we achieve cultural change within the banking sector?

Cat MacLean writes about barriers to justice and other difficulties in litigating against banks.

On Tuesday 24th May I had the privilege of being asked to speak at Westminster – a first for me.

The event was organised by a group of MPs, led by Calum Kerr, and lobbyists, all passionate about driving cultural change in British banking. The title of my talk and indeed the debate was “Can a financial tribunal system kick start cultural change in banking?” – a theme borrowed from barrister Richard Samuel of 3 Hare Court chambers - whose article in the Financial Times - “Banks must stop gaming the courts and pay for justice,” advocating a financial tribunal system, had itself kick started the debate.

I was joined on the speaking panel by Alison Loveday of Berg, solicitors in Manchester, Nikki Turner of SME Alliance, Richard Samuel himself, and Jeffrey Golden, also of 3 Hare Court Chambers and Honorary Fellow at London School of Economics.

The assembled audience heard first from Nikki Turner on the painful personal impact of bank misconduct, and how banks use psychological as well as economic power to pressure small firm entrepreneurs. She spoke of her bank trying on 22 separate occasions to repossess her home, and of the almost overwhelming difficulty in making her voice heard, describing how she felt she would have been better off putting her complaint letter in a bottle and throwing it out to sea, rather than trying to engage the bank’s internal complaints process: “chances are, the person receiving it when it washes up a few years later in Brazil would be much more helpful and constructive than the bank – even if they don’t speak English”.

Alison Loveday and I both spoke of the cost of litigating as a very significant barrier to justice. Alison mentioned the difficulties posed by the disclosure process in England (there is no direct equivalent in Scotland) both in terms of the “document dump” commonly unleashed by the bank where millions of documents are released, often electronically, making it very difficult to extract what is relevant to the case, and in terms of the cost, which can run into several millions.

For my part, I had been asked to describe, via case studies, some of the common barriers to justice that we see in our work. The first and most obvious problem is that the vast vast majority of Scottish lawyers are either on a bank panel, or hoping to get onto a bank panel. In very simple terms, that means they have signed up to an agreement to act only for a bank, and not to take on any claims against the bank. Those of us who have deliberately decided not to go after bank work are very few and far between. In fact, I would go so far as to say, without any exaggeration, that you can probably count the number of Scottish firms who specialise in banking litigation on the other side of the banks on the fingers of one hand.

The second issue which we come up against all the time is the way in which the bank has been able to use the court process to elongate the court case beyond all recognition. And the third issue which is quite possibly the biggest barrier to justice of all is the sheer scale of the cost of litigating: those larger cases, where the sums involved are vast, and the potential damages which might be awarded are also vast, are much more likely to attract litigation funding. But clients either with lower value cases, which can often be just as complicated, and involve just a catastrophic impact upon the lives of the individuals involved, can be very difficult to fund, and this can often present an insurmountable hurdle. The banks know this. Likewise cases in which the client is being sued by the bank, where the client does not obviously have a valid counterclaim against the bank, will be very difficult to fund, because there is no pot of damages at the end, even if the client is successful. This makes it very difficult to defend these cases, even though the defence may be absolutely solid.

You’d think that logically, where a claim is capable of being funded by a third party funder, the cost to the client of involving that third party funder should be fully recoverable from the other side. However, it’s not. A funder’s success fee is simply not recoverable in law. Add to this the fact that in Scotland you recover typically only around 40% of costs and it is immediately obvious that the cost of litigation can be huge.

Richard Samuel then outlined the way in which a financial tribunal system could work, and how it could be funded: he pointed out that in the FCA Review Scheme on Interest Rate Swap Misselling, the banks are paying vast sums for the involvement of their “independent reviewers”. KPMG were paid £145 million for 2015 alone for the work they have done as skilled persons appointed by Barclays and RBS. These are funds that could readily be siphoned off towards a tribunal system. He pointed out persuasively that it simply makes no sense that we have no specialist tribunals to deal with financial matters – we can hardly say that financial issues are irrelevant to our daily lives.

The conference heard next from a number of other interested parties, including Craig Robb of the Tribunal Service, who works directly for the Senior President of the Tribunals; Andy Keats, director of Serious Banking Complaints Bureau Mark Chidley of the Financial Services Consumer Panel an independent statutory body, set up to represent the interests of consumers in the development of policy for the regulation of financial services; and from litigation funders who provided an interesting perspective on the ways in which litigation funders can be encouraged to help in removing barriers to funding.

One of the key issues raised by Mark Chidley was the disappointment experienced when the much vaunted FCA Review into Banking Culture was abandoned at the end of last year. However, he indicated that the FSCP is running its own individual project on banking culture and on 7 March published “Banking Culture: a consumer perspective” The FSCP’s core recommendation is that the Financial Services and Markets Act should be amended to include a duty of care to be owed by banks to all their customers – an interesting echo of arguments that have been advanced through the courts in cases such as Hockin v RBS - and RBS v Wilcox - and http://mbmcommercial.co.uk/blogs/banking-disputes-blog/how-to-prevent-a-personal-guarantee-from-being-enforced/.

Valuable contributions were also provided from representatives of the English Law Society, from Ann Pettifor, a UK-based economist and director of Policy Research in Macroeconomics (PRIME), and from Dr Helena Raulus, EU Internal Market Advisor of the Joint Brussels Office of the Law Societies of England and Wales, Scotland and Northern Ireland.

The consensus amongst those who attended was that the key to achieving a level playing field, and to making sure that the banks and their customers can approach disputes from a basis of equal bargaining power, is to take away the power created for the banks by their comparatively bottomless pockets. If the bank no longer has the power to starve a customer of funds by lengthy litigation, and if it knows that the client has little to lose, I believe we will start to see a much more considered, balanced and responsible approach on the part of banks to claims against banks, which can only drive a positive change in banking culture. 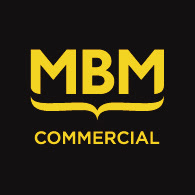