Armed police deployed over 1,600 times despite assurances practice would end 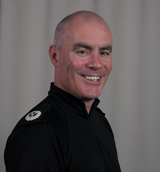 Armed police have responded to over 1,600 routine incidents despite assurances form Police Scotland last year that the practice would end.

The figures come despite the single force pledging to only send armed officers to situations involving firearms or where there was a “threat to life”.

Under the committee’s questioning, Mr Higgins said ARVS were dispatched five times to incidents since October which did not meet the “absolute criteria” of an armed situation or one where people’s lives were under threat.

However, armed officers – without being directed to do so by their control rooms – attended an additional 1,644 incidents where Mr Higgins said they “pro-actively engaged with members of the public”.

He said: “Deployed on routine duties since October, there have been five occasions where ARVS were dispatched to calls which didn’t fit the absolute criteria of a firearms incident.

“In three of the five incidents that were identified, I personally believe they do reflect a threat to life because they refer to personal attack alarms activations by victims of domestic abuse.”

He added: “Since 1 October, armed response officers have involved themselves in 1,644 instances where they have proactively engaged with members of the public.

“That will include charging people with offences which included dangerous driving, drink-driving and other such like offences.”

Liberal Democrat justice spokeswoman Alison McInnes described Mr Higgins’ statements as quite different from what MSPs had previously been told.

She said: “The assurances that we have had that police officers are not out on routine issues is given a lie by these figures – 1,644 incidents where police officers carrying arms are interacting with citizens in a situation that is not life-threatening.”

Mr Higgins said: “In year one of Police Scotland, that figure was over 30,000 so I think there has been a huge reduction.”

Ms Mcinnes said: “We have been given an assurance by Police Scotland that this is not happening, and it clearly is happening whether it is on a reduced scale or not.”

Mr Higgins said: “With respect, from October the message that we have consistently said in Police Scotland is that the ARVS will deal with firearms operations, threat to life and use professional judgment over anything else that they come across.

“In 1,644 times they have come across instances where their professional judgment has determined that they should take action.”

He added that there were currently 268 officers who could be deployed with ARVS and that he expected these officers to deal with crime where they saw it.

He said: “If they see crime happening in front of them, my expectation is that they would deal with that crime.”

Ms Mcinnes said after the meeting: “Despite the fact this has been one of its most controversial policies, Police Scotland has again chosen not to be wholly upfront with either parliament or the Scottish Police Authority (SPA) to which they are accountable. Senior officers seem to operate on a need-to-know basis which is limited to their own ranks.”

“My concern is that there is a risk to the public and to officers of them making a choice in the heat of the moment without any oversight.

“What’s not been dealt with by HMICS and the SPA is who has the authority to make these decisions .

“Was that decision the chief constable’s to take in the first place? My position from the start has always been that it wasn’t.”