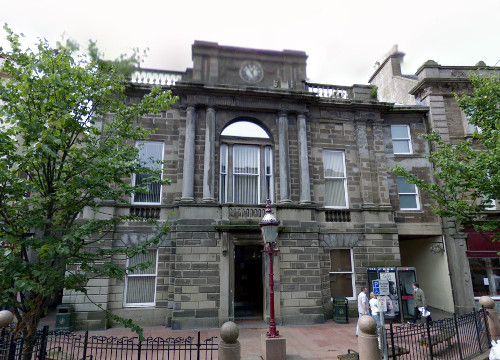 The Scottish Courts and Tribunals Service (SCTS) has completed the transfer of ownership of the former Arbroath Sheriff Court building.

The transfer to Arbroath Community Courthouse Trust (ACCT) was arranged under the Community Empowerment Act. This was made on the condition that the full refurbishment costs would be funded by the charity, and future proposals would be of benefit to the community. Recently, the building has been used to host arts events by the Hospitalfield Trust.

SCTS chief finance officer, Richard Maconachie, said: “We are delighted to be able to hand over this important and historic building to the partnership which will enable it to remain a vital community centred asset to Arbroath.”

Angus Roberts, chair of ACCT, said: “The trust has been working with SCTS, potential funders, local business and the wider community for a number of years and is delighted to have reached this milestone. Our business plan sets out a range of uses to bring the building back into beneficial use for the community.

“We are now in the middle of applying for further funding – but we needed to own the building before we could do that – the whole process has been quite complex.”

The ACCT is a charitable organisation and hopes an upgraded Arbroath Courthouse will be the catalyst to new social trading opportunities and attract visitors from elsewhere, provide opportunities for life-long learning, increase participation in creative activity leading to good wellbeing indicators. A centre of the type envisaged would be part of an enduring legacy for the town at large.”

The ACCT paid a nominal £1 fee for the site after proving its financial case and the benefit to the community. It is hoped initial refurbished work will commence in 2021.

Arbroath Sheriff Court was built in 1803-1808 and altered in 1844 by architects David Logan and David Smith, It served as the Sheriff Court in Arbroath until 2014.