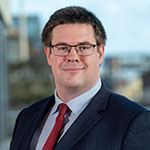 Angus Wood discusses the details surrounding the assignation of claims in an insolvency case.

The recent Court of Appeal decision in Lock v Stanley has provided some comfort to Insolvency Practitioners and litigation funders in relation to potential challenges to assignations of claims, as well as highlighting some practical steps which should be taken to mitigate risks.

The case arose out of a common situation in an insolvency. When Edengate entered liquidation, it appeared to have substantial liabilities and little or no assets. On investigation, the liquidator formed the view that it actually did have substantial assets, in the form of claims against the former directors and their family. However, without any funds in the liquidation and with the creditors not prepared to fund court action, the liquidator was unable to pursue those claims.

The increase in activity of litigation funders has opened up another avenue for insolvency practitioners to explore in this situation.

The model operated by litigation funders varies, but, in essence, they buy the claim from the insolvency practitioner (by way of an assignation) and pursue it in exchange for a share of the returns (if any).

Perhaps unsurprisingly, directors faced with costly litigation against a now well-funded opponent have sought to challenge the model.

Lock relates to just such a challenge. The former directors of Edengate sought to set aside the assignation on the basis that the liquidator had failed to properly market the claims. In particular, they had failed to offer them for sale to the directors themselves. A somewhat perverse sounding argument perhaps, but one which had previously received some sympathy from the courts (see Re Edennote Ltd – an all-star case, concerning Tottenham, Alan Sugar and Terry Venables).

In Lock, the Court of Appeal has put up some significant barriers to similar challenges being brought in the future.

The Court of Appeal found that the directors did not have standing to bring the challenge in the first place. It did so on the basis that, although the directors were creditors (and, therefore in theory entitled to bring the challenge) the nature of their position meant that it was not possible for them to be acting in the best interests of the general body of creditors. In essence, the directors’ interest being to secure the lowest settlement of the claims and the creditors’ interest being to secure the highest.

The Court of Appeal went on to consider whether the challenge would have succeeded if the directors had standing.

As the decision of the liquidators was a discretionary one, the test to be applied in considering if it should be set aside is whether it was perverse, in the sense that no reasonable insolvency practitioner would have acted in the same way. The directors argued that it was perverse because the liquidator was obliged to test the market fully, as part of which he was obliged to offer the claim for sale to the directors (as parties plainly interested in buying it).

The court did, however, note that each situation will depend on its own circumstances. Insolvency practitioners will, therefore, want to ensure that they have properly considered and noted their reasoning before assigning claims.

Angus Wood is a partner at BTO LLP