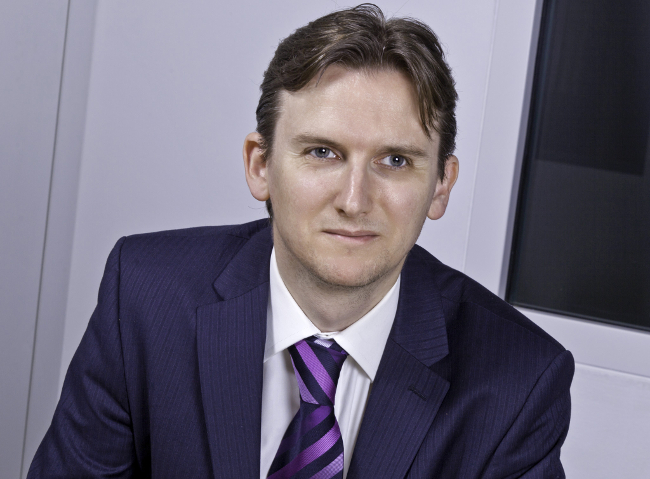 In recent years, three cases before the Sheriff Appeal Court have clarified the powers of a sheriff where a court action is undefended, and have ruled that the sheriff’s power of inquiry is extremely limited. The rulings are significant for creditors engaged in volume litigation – particularly lenders – for whom an understanding of the appeal court’s findings will likely save time and expense when instructing their solicitors.

When a party does not respond to a court action that has been raised against them, the pursuing party is entitled to ask the court to grant a decree in their absence. This has been the case in Scotland for generations. That concept may appear straightforward. However, the Sheriff Appeal Court has been asked to consider it on no less than three occasions over the last four years. The following briefly considers each case in turn and highlights the significance of the sheriffs’ findings.

In 2018, the court considered an appeal by Cabot Financial UK Limited (2018 SC(SAC) 47) in a number of undefended court actions that sought payment of money where the sheriffs had refused to grant decree in absence unless certain documents were produced and notably, when the claimant refused to produce said documents, dismissed the actions. In two of the three actions subject to that appeal, the respondent had not responded to the claim at all. In the third the respondent had applied for time to pay, which necessitates completing a declaration that the debt being pursued is admitted.

The sheriffs believed that they needed to be satisfied that the claim was properly raised and that the claimant had title to sue. The Sheriff Appeal Court disagreed, holding the sheriffs had exceeded their duties in undefended cases. In doing so the court stated that:

“it is not the sheriff’s function to advocate the cause of the defender who chooses not to contest the claim. There is no rule which either explicitly or implicitly suggests that the respondent can choose not to participate in proceedings in the knowledge and comfort that the sheriff will investigate possible defences and make enquiries of the claimant before allowing decree to pass.”

Where a time to pay direction has been applied for, this constitutes an unequivocal admission that the debt sued for is due. The appeal court found it “difficult to follow, far less agree with” the sheriff’s reasoning in dismissing the case on that basis.

From a legal perspective that may have brought closure to the matter. However, there subsequently arose the two cases comprising Santander Consumer Finance UK Plc v Creighton (2020 SLT (Sh Ct) 61).

In the first case, the lender under a conditional sale agreement sought a number of orders in relation to the uplift of the vehicle, which was the subject matter of the agreement and for payment of sums due under the agreement. The action was not defended. On applying to the court for decree the sheriff refused to grant the crave for payment of money, although they did grant the other craves. The sheriff did not consider the agreement would allow the pursuer to recover any sums of money until the vehicle was recovered and sold. Granting decree for payment of the full sum might leave the pursuer with a surplus once the asset was sold and the sale proceeds accounted for.

As in the Cabot case, both actions were undefended. Consequently, the question before the appeal court was the extent to which a sheriff could refuse such orders in an undefended action.

The court began by setting out the background applicable to both cases:

“Both actions are undefended. Both are founded upon a conditional sale agreement. The appellants sue, in each case, as owner of the vehicle which is the subject of the agreement. In each case, they are looking to assert their right of ownership by repossessing their vehicle, and, moreover, to recover the sums which, they aver, are contractually due to them under the agreement. It is important to bear in mind in each case that… the defender has ceased to be entitled to possession of the goods, on any terms.”

Having set out the background the court considered the principal espoused in Cabot and held that where a defender chose not to defend an action it was not for the sheriff to look behind the craves and averments in order to refuse an order which was competently sought. Addressing the specific issue that the pursuer might end up with a decree for more than they were owed, the court commented that:

“even had the clause been penal (for example, by not providing for the sale of proceeds to be taken into account at all) it would not have been open to the sheriff to refuse to grant decree. As it was, there was no basis for either sheriff assuming that the appellants in each case would not comply with their obligation to refund any surplus to the defender in each case (and, even if they did, the defenders would require to enforce that obligation in separate proceedings, having failed to defend the present actions). In essence the defenders here are in no different position from any defender who fails to defend an action but who might have had a complete, or partial, defence had he chosen to do so.”

The recent judgment in Moneybarn No. 1 Ltd v Harris ([2022] SAC Civ 11) is the third significant example of such cases. This case also involved the recovery of a vehicle by a motor finance lender and the sheriff refused to grant an order to allow officers to enter any premises in search of the vehicle and to open shut and lockfast places. The sheriff believed that any such order required specification of the address(es) to be searched. The sheriff reached this decision by analogy with certain criminal law statutes and under the Human Rights Act.

The court dealt with the sheriff’s reasoning reasonably shortly and found that it was without merit. They then proceeded to consider once again the position of the sheriff when faced with an undefended action:

“The extent to which a sheriff may refuse to grant an undefended action is something we regard as settled law. It is no part of the sheriff’s function to advocate for a non-compearing party whose remedy, in the event of injustice, is to take part in the action before the court. A sheriff may only refuse to grant a decree as craved in the event of its incompetency or there being a want of jurisdiction… Neither applies in the present case. The sheriff was bound by these authorities.”

Taken as a whole, these cases suggest the position to be adopted by the courts is quite clear.

Unless an order sought in an undefended case is incompetent or there is a lack of jurisdiction, a sheriff may not refuse it. A sheriff may not cross the line into considering potential defences which have not been pled.

Notably, the Sheriff Appeal Court has been very consistent in its approach to these cases and their decisions are binding across the sheriff courts of Scotland.