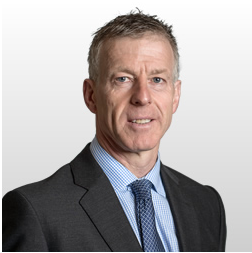 In the Supreme Court’s seven-justice ‘root and branch’ review of the rule against reflective loss (often referred to as ‘the rule in Prudential’), the majority held that a shareholder could not bring a claim in respect of a diminution in value of shareholding or reduction in distributions by virtue of the shareholding, which was merely the result of a loss suffered by the company in consequence of a wrong done to it by the defendant, even if the defendant’s conduct also involved commission of a wrong against the shareholder and no proceedings had been brought by the company (Lord Reed JSC, Marex Financial Limited v Sevilleja [2020] 3 WLR 255 at [9-10]).

Lord Reed described the rule as a ‘highly specific exception’ and Lord Hodge emphasised that was the ‘full extent’ of the rule [99]. The claimant had been a creditor of two companies which it alleged had been unlawfully asset stripped by the defendant. The first instance judge held that the rule in Prudential did not extend to unsecured creditors, his decision was overruled by the Court of Appeal and then restored by the Supreme Court.

At [39] Lord Reed stated that Prudential decided that a diminution in the value of a shareholding or in distributions to shareholders, which was merely the result of a loss suffered by the company in consequence of a wrong done to it by the defendant, was not in the eyes of the law damage which was separate and distinct from the damage suffered by the company, and was therefore not recoverable. The decision had no application to losses suffered by a shareholder which were distinct from the company’s loss or to situations where the company had no cause of action. In Johnson v Gore Wood & Co [2002] 2 A.C.1, the House of Lords had held that the claimant was entitled to recover any damage as a personal loss ‘separate and distinct’ from the company’s loss.

The Court of Appeal in Prudential Assurance Co Ltd v Newman Industries Ltd (No 2) [1982] Ch 204 had held that a shareholder could not recover damages in the form of diminution in his share values or in dividend because that loss was merely a reflection of the company’s loss and he did not suffer any personal loss because his shares were a right of participation in the company on the terms of the articles of association (p.223A-B). When the shareholder acquired a share he accepted that the value of his investment followed the company’s fortunes and that he could only exercise his influence over the company’s fortunes by the exercise of his voting rights in general meeting (p.224B-C).

The facts in BIGL v Smith

The claimants sought to enforce an alleged (the hearing was a strike out application for the purposes of which the pleaded particulars were accepted as true but strongly contested if the case proceeded to trial) oral agreement made with the defendant to transfer the entire share capital in two broadcasting tech companies to a joint venture company (SS plc) which was to be incorporated to carry on the development of the technology owned by those two companies and in which the claimants and the defendant were to be shareholders.

The defendant applied to strike out the claim on the basis that the rule against reflective loss prevented anyone other than a company from bringing claims for losses which were the same as or mirrored losses suffered by that company. Although the joint venture company had not been in existence at the date of the alleged agreement, it was entitled to enforce that agreement in terms of section 1 of the Contracts (Rights of Third Parties) Act 1999 because the agreement conferred a benefit on it, namely the transfer of the share capital; section 4 of the 1999 Act expressly preserves the right of a promisee to enforce the contract. The issue was whether the rule in Prudential prevented the claimants’ action or whether section 4 overrode the rule in Prudential.

The claimants argued that the joint venture company’s acquisition of rights under section 1 could not affect the claimants’ right as contractual promisees to enforce the joint venture agreement; and described the judge’s reasoning as a ‘parasite which kills its host’. The Court of Appeal agreed. At [49] the court held that it was impermissible as a matter of statute for section 1 to create a third party right which had the effect of disapplying the promisee’s right under section 4 because of the application of the rule in Prudential.

The Court of Appeal noted the claimants’ further argument that their rights were different from those of the joint venture company because they were based on the alleged agreement but, without deciding, took the view that the claimants’ loss appeared to fall squarely within the rule in Prudential [52].

At [62] the Court ducked the issue of whether a claim for specific performance also fell within the rule in Prudential, describing it as complex and best left to a case where it was an essential issue to be decided.

Arnold LJ at [66] also thought it ‘well arguable’ that the rule in Prudential applied to an indirect shareholder where the diminution in the value of his shares was the result of diminution in the value of his indirect shareholding. However, he did not address the next step which was that, if that shareholder was also a section 4 promisee, presumably the rule in Prudential would not apply?