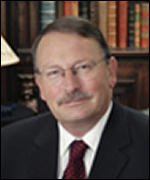 A housebuilder which had a planning application for a new residential development refused due to the potential loss of environmental land has successfully appealed against the decision.

Judges in the Inner House of the Court of Session quashed the decision after ruling that the reporter’s conclusion was “vitiated by error of law”.

Miller Homes Limited appealed under section 239 of the Town and Country Planning (Scotland) Act 1997 against a decision of a reporter appointed by the Scottish Ministers to dismiss an appeal to them against the refusal of the local planning authority to grant an application for planning permission.

The application which was made by the developer to the local planning authority – East Lothian Council – was for planning permission in principle for “residential development with landscaping, road improvements and associated works” at Ferrygate Farm, North Berwick.

Lord Eassie (pictured), Lady Smith and Lady Clark of Calton heard that the reporter had refused the application after finding that the proposed development did not minimise loss of prime agricultural land and so infringed local plan policy, namely subparagraph (d) of paragraph 5 of Policy DC1 in the East Lothian Local Plan, and was contrary to Scottish Planning Policy.

However, in paragraph 79 of his decision the reporter stated the local plan required review because of its age and that there was new guidance in the form of the Strategic Development Plan for Southeast Scotland (SESplan). For these reasons, the reporter explained that only “limited weight” was attached to the conflict with the first paragraph of policy DC1.

Counsel for the appellants criticised the reasoning offered by the reporter, arguing that that since he had concluded that he could attach little weight to the first paragraph of Policy DC1 of the East Lothian Local Plan, it was “illogical and irrational” for him then to give crucial weight to that same policy.

Further, the new SESplan contained no provision requiring avoidance of the loss of prime agricultural land and the reporter’s reliance on the Scottish Planning Policy was “misplaced”, it was submitted.

Counsel for the respondent submitted that while the SESplan contained no equivalent of the policy of the former structure plan, that did not invalidate the East Lothian Local Plan.

The policy of protecting prime agricultural land from loss by development remained in the other policy documents, including paragraph 97 of Scottish Planning Policy, and it was possible to construe the reporter’s decision to the effect that the proposed development came within a wider category of exceptions, it was argued.

However, the judges allowed the appeal after ruling that the reporter appeared to have “misconstrued” Policy DC1 and that the “misinterpretation” was the source of the “irrationality” of which the appellants complained.

Delivering the opinion of the court, Lord Eassie said: “Having resolved, in paragraph 79 of his decision that, for the reasons which he gives, only limited weight might be attributed to the opening paragraph of DC1 it was not open to the reporter then to give to subparagraph (d) of paragraph 5 of Policy DC1 a weight or autonomy divorced from the rest of that policy.

“In these circumstances we have come to the view that the reporter’s conclusion respecting the agricultural land issue is indeed vitiated by an error of law. That conclusion formed an important part of his ultimate decision that the appeal should be refused. We therefore consider that on this issue alone the appeal succeeds and that the decision falls to be quashed.”