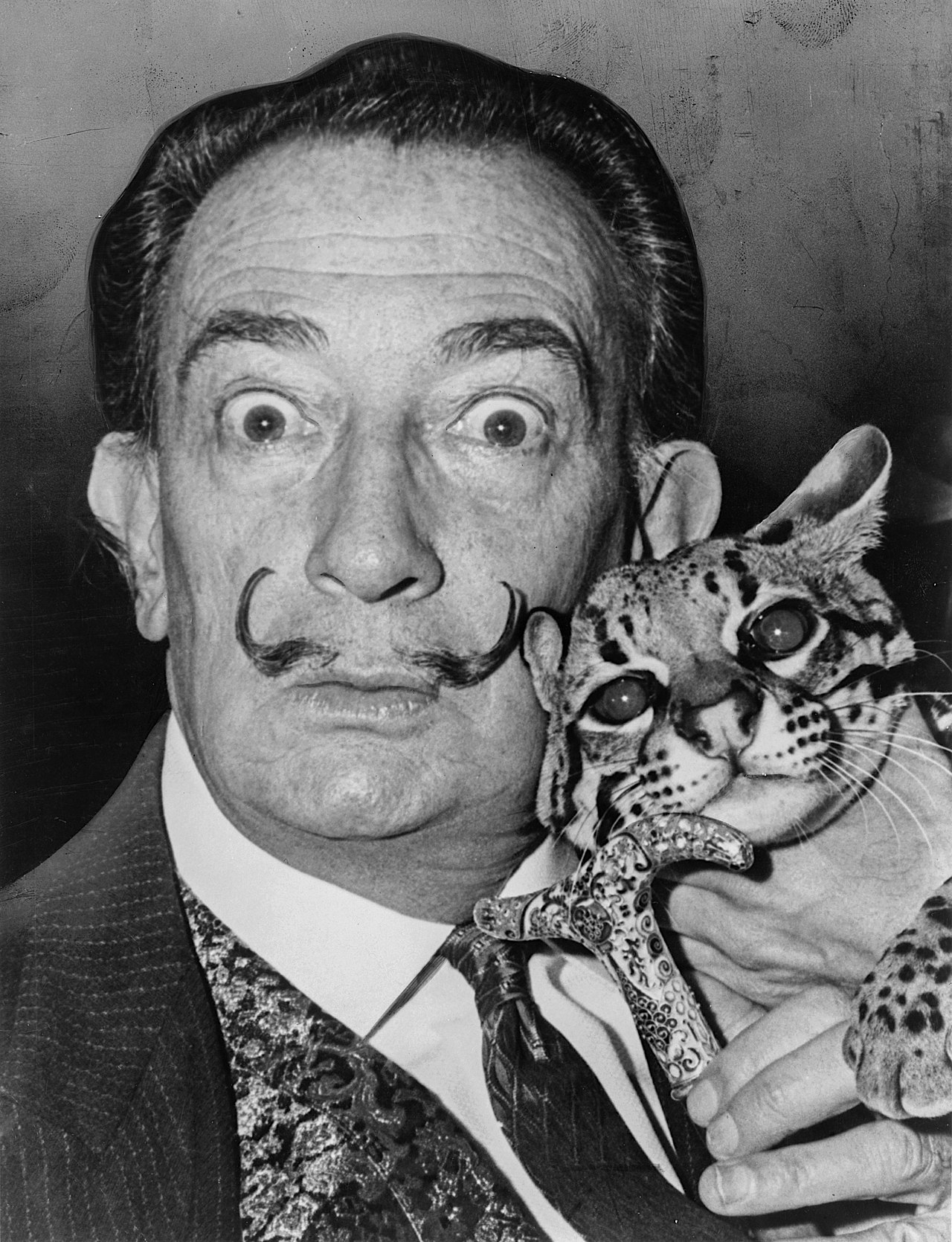 Salvador Dalí pictured in the 1960s with his pet ocelot Babou

Kirsty Stewart and Hannah Smethurst look at the IP issues surrounding a book compiled during the production of Alejandro Jodorowsky’s unmade Dune film. The epic was to feature artwork by H.R. Giger, a soundtrack from Pink Floyd and a cameo appearance from none other than Salvador Dalí – fittingly as emperor of the known universe. The great artist demanded $100,000 per hour and that his throne be a toilet comprised of two intersecting dolphins. He ultimately agreed to make a partial appearance before being replaced by a robotic lookalike. The film was never made, primarily because Hollywood wanted a two-hour movie whereas Jodorowsky thought 10 to 14 hours would be more appropriate.

In November 2021, Christie’s auction house listed Michel Seydoux Presents Alejandro Jodorowsky’s Dune from Frank Herbert’s Novel (often referred to as ‘the Jodorowsky Dune Bible’), a rare book incorporating production art and designs from director Alejandro Jodorowsky’s failed 1975 adaptation of Dune, estimating it would sell for between €25,000-35,000. It sold for approximately 100x that, selling for €2.66 million.

The collective who purchased the book revealed over the weekend that their goal now was to make the book publicly available, produce an “original animated series” based on the book and sell it to the highest bidder, and “support derivative projects”. Unfortunately for them, a key problem with this project was immediately revealed to them – copyright law. Importantly, this confusion surrounding intellectual property is reflected in the wider world of NFTs.

What does copyright mean?

Copyright aims to protect the expression of any ideas, whether they be literary, dramatic, musical, artistic, or even sound recordings and films. Importantly, copyright generally vests in the author, meaning the creator of the work (unless there are employment contracts precluding this), and lasts for the life of the author plus 70 years. If a work is protected by copyright, issuing a copy of the work, performing the work in public, and making an adaptation of the work would all be forms of copyright infringement.

How does this impact the plans for Jodorowsky Dune Bible?

Unfortunately for ‘SpiceDOA’, the collective who purchased the Jodorowsky Dune Bible, Frank Herbert died in 1986, meaning copyright persists in the base text of Dune until at least 2056. Similarly, the book they purchased, as it was produced to sell the idea to studios at the time, is likely protected by copyright until at least 2092, as Jodorowsky, one of the authors of the book, remains alive.

As such, in order to produce or authorise derivative works such as an animated series, SpiceDOA would need to obtain licenses from the Herbert estate, as well as potentially Jodorowsky (and any other authors such as Michel Seydoux) if the adaptation was based on the Jodorowsky book. Similar to how buying a Batman comic does not give you the inherent rights to produce a new Batman film, the purchasing of this directors bible does not give SpiceDOA any intrinsic rights to produce new material.

What does this have to do with NFTs?

This crucial misunderstanding of intellectual property law, in particular copyright, is often reflected within the wider NFT craze. Crucially, Soban Saqib, the millionaire who fronted the €2.66m for the book, is an avid NFT collector.

NFTs, or ‘non-fungible tokens’, are unique digital assets with a public record of ownership. The commercial value (which is sometimes extreme; Christie’s sold the NFT ‘Everydays: The First 5000 Days’ by Beeple for $69.3million in March 2021) is derived from this ability to prove both ownership and authenticity.

However, crucially, these digital assets often do not give any intellectual property rights to purchasers. At a very basic level, NFTs are frequently simply digital versions of receipts (although it is important to note that some NFTs do grant a license for commercial use). Unfortunately, individuals are frequently purchasing these NFTs and then either attempting to prevent others from using them or creating their own derivative work using them – something which is not permitted by copyright in most cases.