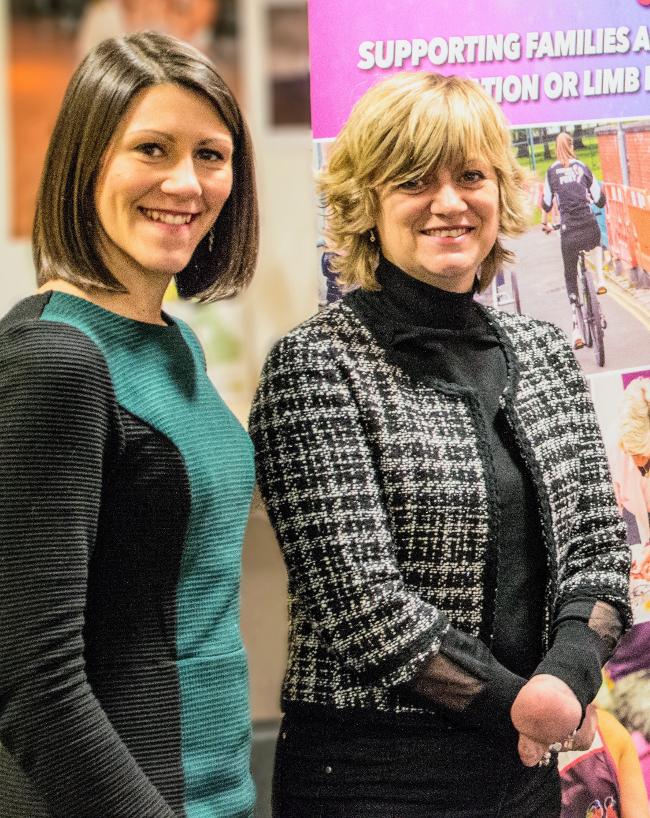 Finding Your Feet, which runs clubs all over the country for people who have lost limbs or were born with a limb difference, will run a new monthly climbing group at the Edinburgh International Climbing Arena, which boasts the largest indoor climbing wall in the world.

The move has been possible thanks to a £2,000 donation from law firm Slater and Gordon who have seen how much physical activity helps clients who have lost limbs.

Solicitor Sarah McWhirter, who also volunteers for the charity, said: “I went to an event hosted by Finding Your Feet and was sitting with an older lady. I was surprised when she started telling me about abseiling. I could see people had a new lease of life and it was just so inspiring.

“Finding Your Feet is so positive. What we love about them is that they show amputees what they can do, not what they can’t.”

Sarah and her colleagues will also be taking part in a sponsored climb of Arthur’s Seat later this year to raise further funds for the charity. The team will scale the local landmark 18 times – a total of 90km – to match the distance being climbed by Corinne Hutton, founder of Finding Your Feet, when she scales Africa’s highest peak, Mount Kilimanjaro.

Corinne, who had her hands and legs below the knee amputated five years ago at the age of 43, found sport really aided her rehabilitation.

She said: “When I was due to come out of hospital I found there was no support. That’s why I set up Finding Your Feet - to help others who were in my situation.

“We now work with hundreds of people across Scotland. It’s fantastic that Slater and Gordon reached out to us when they did. Their help has really aided our move into Edinburgh and we hope we can help even more people in the city.”

The climbing club launches on June 25. To find out more and your register your interest visit findingyourfeet.net.