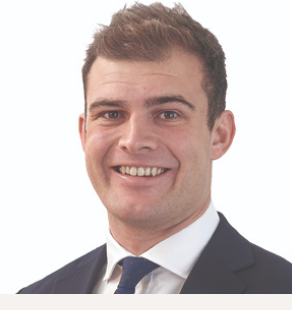 With our separate legal systems, the Deferred Prosecution Agreement (DPA) regime does not operate in Scotland, and as a result civil recovery remains the only option short of prosecution for Scottish prosecutors to resolve bribery cases.

In contrast, in England and Wales, DPAs have effectively displaced the use of Civil Recovery Orders to resolve bribery cases short of prosecution, with the Serious Fraud Office (SFO) taking an increasingly hard line on enforcement and resolution.

The Scottish corporate self-reporting initiative allows companies that discover problems within their organisations to come forward and disclose it to the Crown Office and Procurator Fiscal Service (COPFS) in return for gaining an opportunity to draw a line under the matter by way of civil settlement rather than full criminal prosecution.

The self-reporting regime only covers offences under the Bribery Act 2010, or conduct that would “constitute an analogous offence under the law as it is before the Act comes into force” if it took place before 1 July 2011.

Businesses that wish to self-report potential offences must do so via a solicitor, who must then submit a report to the Serious and Organised Crime Unit (SOCU) at COPFS. The business must commit to “meaningful dialogue” with SOCU throughout its investigations, to share the results of its own internal investigation with SOCU, and to disclose the full extent of criminal conduct which has been discovered. Details of remedial measures taken to avoid repetition must also be given.

SOCU will then take a decision about whether to refer the case to the Civil Recovery Unit (CRU) for civil settlement, or whether it is in the public interest to proceed to full prosecution. This will usually depend on the seriousness of the offence - including whether there was senior management involvement - and whether the business took action as soon as the matter came to the attention of senior management.

Other considerations may also be relevant, including whether or not individuals involved in any wrongdoing have left the business. If the case is referred to the CRU, an investigation by CRU under the civil recovery provisions of the Proceeds of Crime Act will then take place with the assistance of third party forensic accountants.

Quantum is normally based on the gross profit resulting from the identified bribery. However, this calculation is subject to analysis and negotiation depending on the facts of the individual case. Unlike in England and Wales, there is no additional penalty element to a civil settlement in Scotland and civil settlements agreed will normally be publicised, unless there are compelling reasons for confidentiality.

To date there have been six reported civil settlements agreed by the CRU, the most recent in March 2021, when Pinsent Masons acted on behalf of John Wood Group plc in reaching a civil settlement.

Alistair Wood is an associate at Pinsent Masons