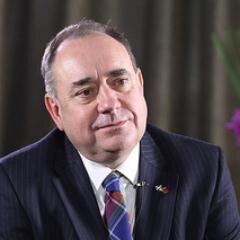 Former First Minister Alex Salmond has launched judicial review proceedings in the Court of Session against the Scottish government over its handling of sexual misconduct claims made against him.

Mr Salmond disclosed yesterday that he had begun court proceedings against Leslie Evans, permanent secretary to the Scottish government.

He said: “If I lose then I will have to answer to the complaints both comprehensively and publicly.”

The government said the proceedings meant it had to limit its response but noted in a statement: “The Scottish government will defend its position vigorously. As a matter of principle and integrity, it is vital that any allegations of harassment are treated seriously and investigated thoroughly, regardless of the identity of the party involved.”

Mr Salmond said he was taking legal action with reluctance: “The procedure as put into operation by the permanent secretary is grossly unfair and therefore inevitably will lead to prejudicial outcomes.”

He added: “[If] the Court of Session finds in my favour then the administration at the senior levels of the Scottish government will have the most serious questions to answer.”