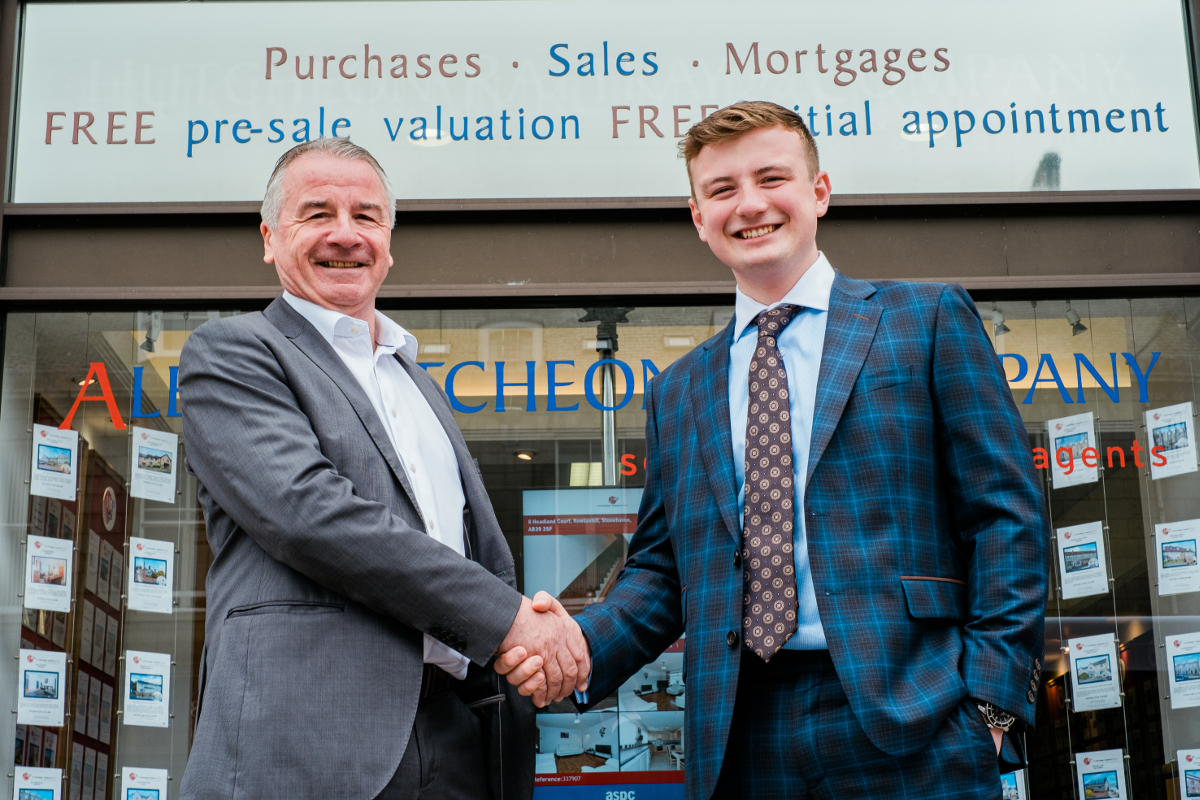 It’s a case of like father, like son, for Aberdeen property lawyer Alex Hutcheon, senior partner and owner of Alex Hutcheon + Co and The Mortgage + Property Centre, and his son Adrian.

Adrian has already built up extensive experience with the company, having worked there in various roles since leaving school six years ago.

He will now go on to study for his Diploma in Professional Legal Practice at the University of Aberdeen, alongside working, before beginning a two-year legal-traineeship with the company.

“I am absolutely delighted that Adrian will be following in my footsteps,” said Alex. “He’s been very hard-working and studious throughout his time at university and he thoroughly deserves his First Class Honours Degree. During that time, he’s also significantly expanded his knowledge in both statutory and case law which will be a huge asset to the departments he’ll work with and to the firm as a whole.”

Adrian said he is looking forward to the future, and to the opportunity to support future growth plans.

“I am immensely proud to have worked in the family business for the last six years and to have the opportunity to progress my career with the firm,” he said. “The family business has operated from the heart of the city of Aberdeen for 22 years. The length of time the business has operated is testament to the hard work of the employees and partners of the firm and the high standard of service provided to clients. I really look forward to working with colleagues to support that and take the firm to the next level.”