Over 400 attend Burns Supper for Scottish lawyers in London

The annual Burns Supper of the Society of Scottish Lawyers in London(SSLL), the largest Burns Supper in the City, took place last night.

Over 400 people attended, in equal measures from London and north of the border, to enjoy the haggis, hear from an impressive line up of speakers, as well as catch up with their contacts London based and further afield.

The “address to the haggis” was given by Bill McGowan, general counsel, Arthur J Gallagher International.

The advocate general, Lord Wallace of Tankerness QC (pictured below), delivered the “immortal memory”, very shortly after he had delivered a very different kind of statement at the Lords that evening. 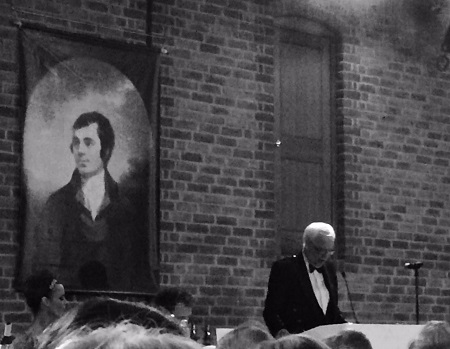 All the way from New York came the “toast to the lassies” given by Neil Oxford, founder and vice-president of the Scottish Bar Association of New York, partner of Hughes Hubbard & Reed LLP.

A most entertaining “reply from the lassies” was given by Edith Forrest, criminal advocate and renowned Burns speaker.

The Society’s president, Guy Norfolk, partner at Maclay Murray Spens, told Scottish Legal News: “The night was a huge success, and the Society would like to thank our fantastic speakers who travelled from far and wide, as well as all those in attendance for making it such a successful evening.”

The SSLL is a London based society set up in 1987, in response to the growing numbers of Scots lawyers moving south to jobs in London, predominantly in the major City law firms.

Its purpose is to enable Scots lawyers in London to make and maintain contact with one another through social and other events.

The Society organises a number of events for its members throughout the year. For more information visit the Society’s website.