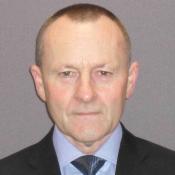 The Parole Board for Scotland has published its Annual Report 2013-14 today.

The report shows, among other things, that out of 426 prisoner cases referred to the Board, 139 (or 33 per cent) were recommended for release on parole.

The number of life sentence prisoners released on licence in circumstances where a tribunal of the board was satisfied that it was no longer necessary for the protection of the public that the prisoner should be confined was 56 out of 359 cases considered (16 per cent).

The number of prisoners who were granted parole and then subsequently referred back to the board for consideration for breach of licence was 75.

Of those, 53 were recalled to custody. The number of prisoners recalled on non-parole licence was 80.

The number of determinate sentence prisoners who opted out of consideration by the board was 50 - a slight decrease from 2012-13.

Chairman of the board, John Watt (pictured) said: “I am pleased to be able to present this annual report on the work of the Parole Board For Scotland during 2013-14.

“The work which the board undertakes needs to be of the highest standard and involves difficult and complex decisions which have a direct bearing on the safety of communities across Scotland.

“It can, and does, also have an important role to play in assisting with the rehabilitation of offenders in returning to their communities as law-abiding citizens. The overriding consideration for the Board is whether the risk posed by a prisoner can be safely managed in the community.

“The figures in the report show a variation in the number of determinate and extended sentence prisoners dealt with by the Board, as one might expect, with increases in some categories and decreases in others.

“There was a noticeable increase in the number of Life and Lifelong Restriction prisoners dealt with. To some extent, this has been caused by the number of subsequent reviews which have to be held within a maximum of 24 months when release is not granted.

“Whilst the Board deals routinely with the worst behaviours our communities experience, it also has an opportunity to observe the very real progress which some prisoners make during their sentences.

“Where this occurs it is often as a result of the opportunities which prisoners are given to learn skills and understand what motivated their offending behaviour. Many of these prisoners are able to return to a crime-free life.

“However, many are unable to make the necessary change or to sustain change for a number of different reasons. In such cases, it is the board’s responsibility to ensure that every possible step is taken to limit risk and this does result in offenders being returned to custody.

“This is a matter to which members bring huge amounts of experience and expertise from their varying backgrounds.

“I believe that Scotland’s communities can feel assured that their best interests underpin the decisions which Board members make day in and day out, always with great care.”

You can view the report here.