UK breached ECHR rights of over 1,000 prisoners in denying them the vote

The rights of over 1,000 UK prisoners were breached when they were disallowed from voting in elections judges in the European Court of Human Rights have ruled after inmates who were prevented from voting during elections between 2009 and 2011 brought a case to the Strasbourg court.

In today’s judgment in the case of McHugh and Others v. the United Kingdom (no. 51987/08 and 1,014 others), which is final, the court held, unanimously, that there had been: a violation of article 3 of protocol no. 1 (right to free elections) to the European Convention on Human Rights (ECHR).

The case concerned 1,015 prisoners who, as an automatic consequence of their convictions and detention pursuant to sentences of imprisonment, were unable to vote in elections.

The court concluded that there had been a violation of article 3 of protocol no. 1 because the case was identical to other prisoner voting cases in which a breach of the right to vote had been found and the relevant legislation had not yet been amended. It rejected the applicants’ claim for compensation and legal costs.

The prime minister, David Cameron, has repeatedly refused to back any changes to the law on prisoner votes. This judgment is the latest in a series of cases against the UK at Strasbourg.

Mr Cameron said the prospect of giving the prisoners the vote made him feel physically “sick”.

There are 80 pending UK prisoner voting cases in respect of the 2014 EU elections as well as the independence referendum last September.

The Council of Europe’s committee of ministers, which oversees the implementation of the the Strasbourg court’s judgments “noted with profound concern and disappointment that the United Kingdom authorities did not introduce a bill to parliament at the start of its 2014-2015 session as recommended”.

In 2005 the court first found the UK’s “indiscriminate blanket ban” on prisoners voting to violate the ECHR, this finding was confirmed in judgements from 2010 and 2014.

Sean Humber, of law firm Leigh Day, who is acting for 554 clients denied the vote at the general election in 2010, said: “Despite the European Court of Human Rights having first ruled that the UK government’s blanket ban on allowing prisoner voting was unlawful a decade ago, and confirming the unlawfulness of this blanket ban in a succession of further judgments ever since, the government stubbornly refuses to act.”

The court rejected applicants’ compensation and legal costs claims. It stated: “Finally, while the Court accepts that some minor costs must have been incurred in purchasing envelopes and postage stamps, it does not consider it ‘necessary’ to make any award in respect of these costs in the present applications.” 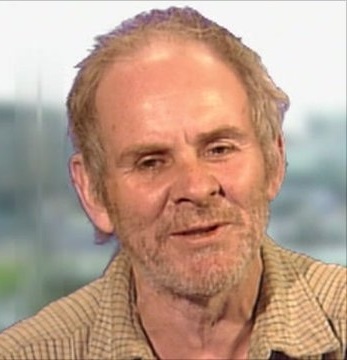 John Hirst (pictured right), who served 25 years in prison after he admitted the manslaughter of his landlady in 1979, brought the first case the court heard in 2005.

He criticised judges for not compensating prisoners, he said: “It is a real shame that compensation has not been awarded. While I can get some satisfaction from the ruling, the government keeps ignoring what the ECHR is saying.

“It has been 10 years since my case and still nothing has changed. The only way I can see to force the issue is to impose some kind of financial penalty. What the government needs to do is change its attitude.”

A Ministry of Justice spokesman said: “The government has always been clear that it believes prisoner voting is an issue that should ultimately be decided in the UK. However we welcome the court’s decision to refuse convicted prisoners costs or damages.”