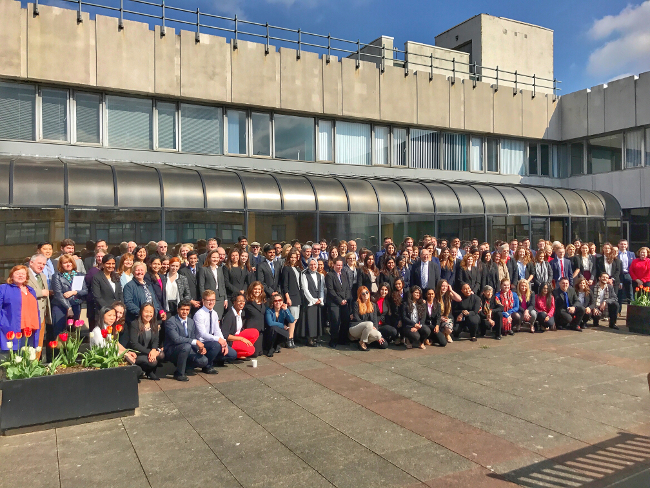 The 16th International Law Student Mediation Tournament took place at Strathclyde University from 5-8 April, bringing together 126 students in 42 teams from 15 countries. The annual event, started by the International Academy of Dispute Resolution (INADR) in 2002, aims to train law students in the peaceful resolution of disputes.INADR’s founder, Professor Richard Calkins, pronounced the Glasgow tournament the best ever during the civic reception in Glasgow City Chambers.Professor Calkins was particularly impressed by the very high standard of the students as well as the care taken by the judges in their feedback: a tribute to the Scottish and UK mediation community.

Professor Nicole Busby, head of the law school, said: “The success of the INADR Mediation Tournament showcases Strathclyde’s position as a global law school that prides itself on student-led experiential learning which enables the development of practical work-based skills. I would like to congratulate all those who participated in and contributed to this event.”

Professor Douglas Brodie, dean of the faculty of humanities and social sciences, added: “Strathclyde was delighted to host such a truly international event involving students of the highest calibre from so many different countries.”